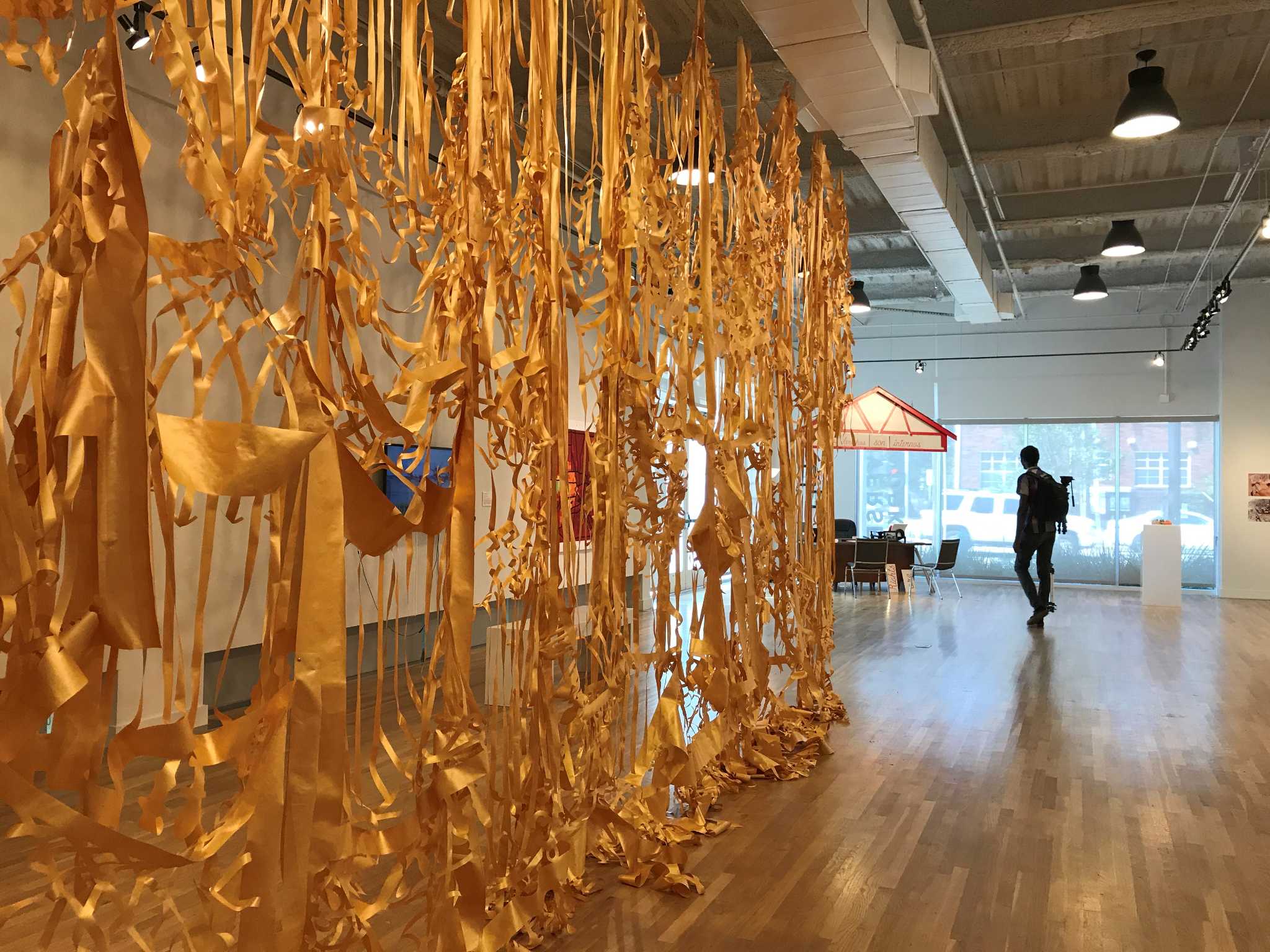 Or: In “Lines Drawn” at DiverseWorks, until November 18th

Why: The politically and socially minded works in the “Lines Drawn” exhibition all involved serious research and know-how. Each is eloquently provocative, but Margaret Griffith’s hanging sculpture offers the biggest surprise. An unpretentious visitor might just think “how pretty” until she reads the wall tag.

Griffith has been recreating the wrought-iron gates of his Los Angeles neighborhood for some time in meticulously hand-cut paper, seeing himself as a sort of urban scavenger and seeing the gates as dividing objects that represent a false sense of security. in a fragile world. . This one, however, is a doozy, falling from the ceiling like a monumental frilly curtain.

A life-size replica of the east and west doors of the White House in Washington, DC, painted in gold, “15th, 17th and Pennsylvania” suggests the decay and ruin of an institution in crisis. Sad. The glamorous veneer gives way to gravity in each sagging ornamental flourish. The room runs down the middle of the gallery like a soft shower curtain, dividing the larger space of DiverseWorks.

Upon entry, Griffith’s sculpture invites through “Flag Fusions 20, 21, 28 and 46” by Pedro Lasch – part of a work from the 2015 Venice Biennale, with an accompanying video, which combines the flags of four countries in one.

All â€œdrawn linesâ€ deserve close inspection. DiverseWorks is hosting a series of performances, discussions and creative workshops throughout the show in collaboration with individual artists as well as the Printing Museum, Zine Fest Houston, and the Houston Cinema Arts Festival.