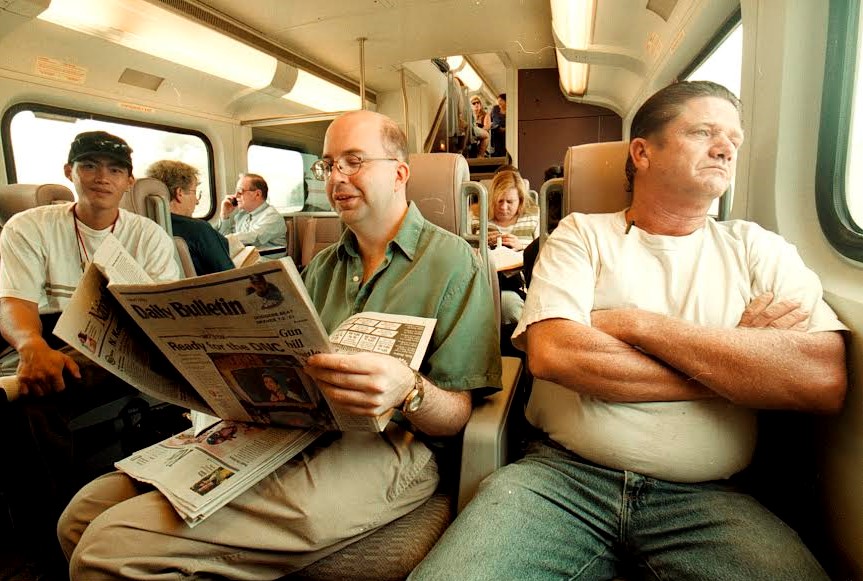 25 years at the newspaper, and still living the dream – Daily Bulletin

Thursday marked 25 years for me in this press group. What do they bring you after 25 years in the same profession? It should be something silver: a pocket watch, a lapel pin, a flask.

But I’m not demanding on the color or the gift. As long as it’s not pink panties!

Twenty-five years was not a goal, and – a pause for me to knock on wood – is not an end point either. I’m not sure what to say about 25 years, other than that I think I’m going to like it here.

Time has not flown, of course. This would require a level of forgetting incompatible with 365 days of delays per year, multiplied by 25. Yet the years pile up one after the other. Ten years seemed like a milestone, then 15. The 20th kind of slipped past.

For my 25th birthday, I invited the boss lunch, on him. To his credit, he graciously accepted.

2022 is actually 35 years of journalism for me. I had 10 years combined at four previous newspapers in Sonoma County and Victorville before reporting for work in Ontario on March 10, 1997 at the Inland Valley Daily Bulletin.

My first beat was Fontana City Hall. All these years later, I still sometimes write about the town hall of Fontana. In fact, the March 22 board meeting is on my calendar. So I haven’t made much progress.

But in many other ways, the paper, the industry, and my work have changed enormously.

We were still largely a printing company 25 years ago, a company that only reluctantly had a website because our publisher thought giving away our content for free was crazy. Turns out he had good instincts.

We also had a newsroom full of people – almost as many people as Twitter – to publish a full-service newspaper in-house. Ah, those were the good old days. None of us knew how badly we had it, including you readers.

It went downhill from there, for all the reasons you’ve heard: tech giants stealing our content and advertising, various missteps by our industry, remote ownership, adults deciding that they shouldn’t have to pay for the information.

For a few years, unsuspecting readers who remembered me would ask me with irritating regularity, “Do you still write for the newspaper?” There was, briefly, a rumor that I had retired, also among stale readers. As I was still in the paper three times a week as always, I began to wonder if anyone was still reading.

But you read, and thank you for that.

The shrinking of our industry is one of the reasons I am in your newspaper if your newspaper is not the Daily Bulletin. Eleven entities belong to our Southern California Press Group, and I’m at three of them regularly — Press-Enterprise, Sun, and Bulletin — with semi-regular appearances at a few others.

I never would have seen this coming 25 years ago. We were all competitors. As a journalist friend told me last year, “You may be the only person to benefit from newspaper consolidation.”

It’s certainly a challenge trying to lead columns all over the Inland Empire (wherever it is), but challenges make life interesting, don’t they?

Staying in one place has its advantages. I got to know the people and places in my area quite well. There are stories I can tell that no one else could tell, just by dint of history and connections. Defending IE against outsider beards is a role I’m happy to take on – while of course reserving the right to aim for beards myself as an insider.

Admittedly, it’s not easy to write for a newspaper in 2022. It’s becoming an obscure profession, a niche product. “I don’t know when the last time I saw someone reading a newspaper,” a friendly stranger in his thirties told me in a cafe the other morning as I did just that. “I talk to my daughter about newspapers and she’s like, ‘What is that?'”

But my colleagues and I continue to manage for print and online. We are much fewer in number, but we are all committed to our mission.

Over the years I have worked with so many talented journalists, waves of them. At this stage, I know many more former journalists than working journalists because many have left the field, voluntarily or not.

There were times when I was afraid of being left behind, as if I had refused to take off the last plane from Kabul before the fall.

A small shift in how I view myself happened about a decade ago. It was during a lunch in Pasadena with four former editorial colleagues, all women. All of them had long since moved on and all were doing better than me.

The three in PR said they miss journalism, though they didn’t seem too broken about it. Only the high school teacher was honest or self-aware enough to say she didn’t miss it at all.

Meanwhile, I was still at the Daily Bulletin after what was then about 15 years.

“I think it’s so great that you’re still here,” one said. Was she condescending or was it me feeling defensive?

I worried a bit about being in stasis, like the college grad who hangs on and becomes a city dweller. But over time, I leaned into this half-joking, half-provocative response from me. It reminds me why I got into this business.

It was for freedom, pleasure, public service. Journalism was an idealistic dream out of college, and I wasn’t ready to give it up.

And I still am not. Recently, I ran into a former colleague who now has a less stressful and better paying job. She mentioned that there was an opening. I raised my palm and said, “Before you ask, I’m not interested.” She smiled and said, “I know you’re not.”

Obviously, I’m a lifer, always happy to share stories, inform and entertain you, ready to hold on as long as they let me.

I’m the one clinging to my early twenties vision as the world changes around me. Basically, I’m Neil Young, only with better hearing.

Thanks for your support, friends. Keep reading, right? Let’s live the dream together.