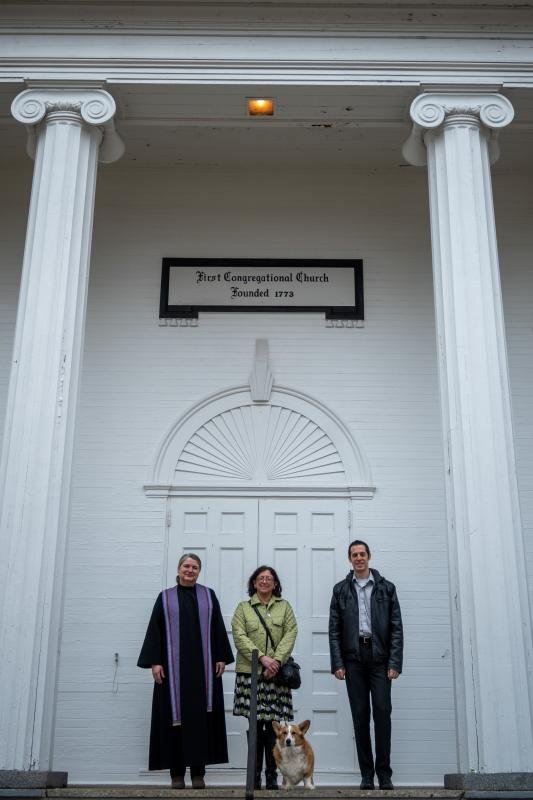 A new start at First Congo

Change is in the air at First Congregational Church in Wiscasset. In addition to temporarily lifting mask mandates, the church has welcomed three new staff members in recent months.

The acting pastor, Reverend Amy Lignitz Harken, began Feb. 1. Originally from Kansas, she and her husband Bruce have lived in New England for more than 10 years.

An interim pastor is there for the church as it “goes through a period of transition” between “established pastors,” Harken said. “Generally speaking, this is a time for the church to recalibrate if it needs to and reflect on its identity as a congregation apart from whoever is the minister. In this case, this natural transition that occurs between settled pastors is compounded by the fact that everyone is coming out of the pandemic. So there is a big transition there.

Originally a journalist, Harken saw a call to the ministry while working for the Associated Press in Kansas City. She earned a master’s degree in theology before working in churches in the Midwest and New England. More recently, she earned a Doctor of Ministry degree from Hartford Seminary in Connecticut.

“The people (of Wiscasset) love their church and have been, for all these years, very faithful stewards of this congregation,” she said. “There is a very strong sense of community.” When asked what she liked about Wiscasset, she laughed. “The truth is that until recently it was so cold that I didn’t really explore it. So I can’t wait to discover the city. It’s a beautiful village and I can’t wait to get to know it better .

Another new face at the church is Joel Pierce, the music director and organist. Pierce is originally from Arizona but spent much of his childhood in New England. After earning a bachelor’s degree in piano performance and a master’s degree in organ, he moved to Maine just before the pandemic hit. Pierce began filling in as organist for the church in late November and was offered the position of music director in January.

He appreciates that people in the church really love music. He said that once he started playing there, he got to know a lot of congregants because they came to him to talk about music afterwards. “I love the instruments, I love the people, I love the choir,” he said. And he’s excited about the opportunity to revive the music program.

Pierce lives in Topsham with his best friend and his three dogs – Jazz, Journey and Sir Flufferton. He said everyone is welcome to join the singing or carillon choirs. Rehearsals take place on Thursday evenings.

Office Administrator Angela “Angie” Richards rounds out the new additions. Her corgi Rory is in the office with her every day.

Richards said churches are very important parts of people’s lives. She said working for the church in Wiscasset allows her to “contribute positively to the faith community here in the area”. Her job is to answer phones and emails, send out the weekly newsletter and update the website. “I really want to be a farmer,” she laughs.

Originally from Edgecomb, Richards lives on a farm with Rory and chickens, sheep, a cat Zander, and rescue donkeys Stanley and Oliver.

Know it All welcomes the arrival of spring – Kimberley Daily Bulletin