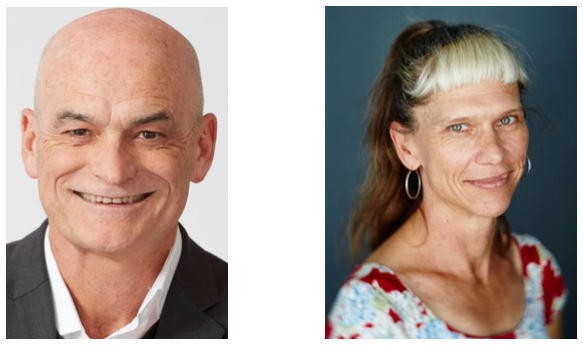 ACM today announced details of its comprehensive editorial plan for the upcoming federal election, including a partnership with Garry Linnell (left in main photo) under its new national newsletter brand The Echidna.

ACM Editorial Director Rod Quinn said, “Our coverage of the 2022 election will combine the expertise of ACM’s federal political team with the deep local knowledge of our 600 reporters in cities and towns across the country. “

“Our Chief Political Correspondent, Karen Barlow, leads an outstanding team of 10 reporters and analysts in Canberra. We will follow key players across the country and expose, analyze and explain policies, postures and cannon shots. We will also be aiming for those exclusive stories that will make the ACM Network and our mastheads such as The Canberra Times, Newcastle Herald and The Examiner in Launceston must-read during the campaign.

“Over 7,000 of our readers responded to our recent election poll to tell us what issues are important to them. Our team will pursue these issues with candidates and leaders on behalf of ACM voters – the people of regional Australia.

“And now, with the addition of our new daily national newsletter, The Echidna, we are ready to add a little fun and irreverence to our coverage. With its slogan “Sharp and close to the ground,” The Echidna will be a refreshing start to the day for keen election watchers and also for those who are weary of the same old politics.

Published each weekday morning, The Echidna will initially take the form of an electronic newsletter from March 14. It will feature the wit and insight of celebrated Australian writer Garry Linnell and the whimsical caricatures of Fiona Katauskas. Linnell is a Walkley Prize winner and former editor of The Bulletin, The Daily Telegraph, Editorial Director of Fairfax and was also a successful commercial radio host.

These days, full-time author, Linnell jumped at the chance to return to daily writing. As he says, election campaigns can be a drag. That is, unless you look at the daily stunts, wacky campaign promises, and those unpredictable moments of absurdity. “For the past two years, we’ve had to deal with a global pandemic, the effects of global warming and a Russian president with global ambitions, and now they’re hitting us with a federal election campaign.”

“The echidna is quite an unconventional animal and we aim to be the same. We plan to make you smile – but we also want you to make you think,” Linnell said.

Joining Linnell is freelance cartoonist Fiona Katauskas (right in main photo), whose work has featured in The Sydney Morning Herald, The Age, The Bulletin, The Guardian, New Matildathe ABCs and much more. Katauskas has been a Walkley Awards finalist and his work appears frequently in the Behind the Lines exhibition of Australia’s best political cartoons.

An avid political watcher, Katauskas is excited about the chance to occupy a place in subscribers’ daily routines – and hopes to enjoy a few exchanges with the newsletter’s readers. “With all the big cats, dog whistles and monkey business in general, election campaigns can be pretty beastly business. But if you’re looking for a little pizzazz to stay in the picture (drawn with a quill pen!), then the echidna is the only political animal you need. said Katauskus.

The Echidna will be free to subscribers and will be promoted on ACM’s 140-banner network. In addition to Linnell and Katauskas’ take on the quirks of the campaign, the newsletter will provide readers with “need to know” stories on the political trail.

Readers can sign up to receive The Echidna in their inbox each weekday morning from March 14 by visiting theechidna.com.au.