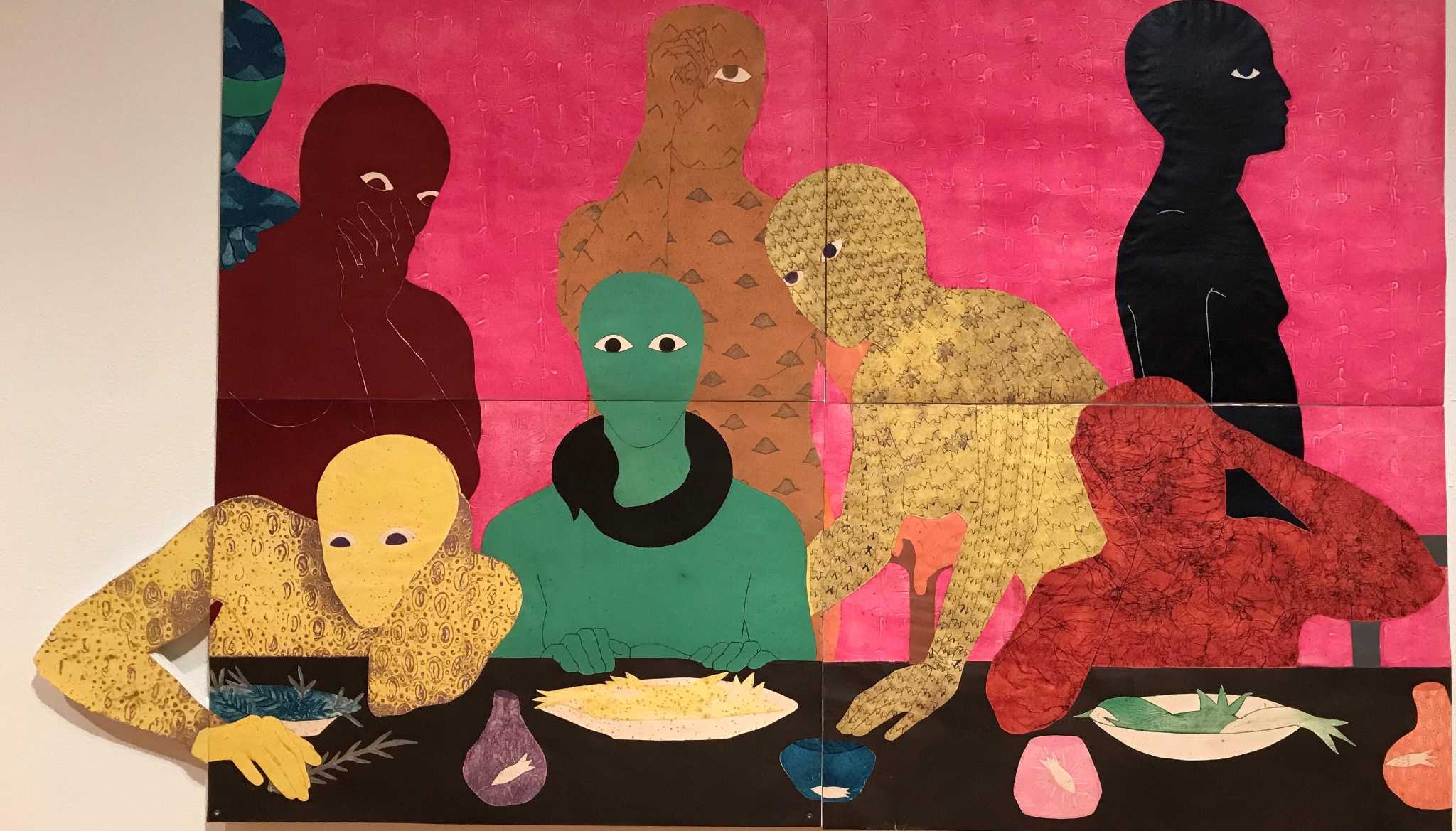 Or: In “Nkame: A Retrospective of Cuban Printmaker Belkis AyÃ³n”, until September 3 at the Station Museum of Contemporary Art, 1502 Alabama

Why: You don’t have to be an expert in art history to recognize the basic composition that Cuban artist Belkis appropriated from Leonardo da Vinci’s â€œThe Last Supperâ€ to create the matrix for his first great. collography, a type of printing that begins with collage before ink is applied and the image is reproduced on paper.

In an exhibition whose other large works are in black and white, this colorful fragment catches the eye in part with its vivid hues. But it also tells a complex story of art, life and activism in Cuba.

AyÃ³n created the Matrix in 1988, when she was 20 years old. A year later, the collapse of the Soviet Union brought the Cuban economy down until 1995. Cubans call this period “the special period”. Unable to buy cheap oil long imported from the Soviet Union, many people lived in conditions of austerity and near starvation.

The colored piece is one of the three sections of the first AyÃ³n edition made with this matrix; she never completed the other two segments. And when she returned to The Matrix in 1991, she gave up color. In addition to being extravagant, the color did not reflect the dark essence of what it wanted to convey about the state of society.

From that moment, until she committed suicide by committing suicide in 1999, AyÃ³n worked exclusively in black and white.

With “La Cena”, she did not only reproduce “The Last Supper”. The same cast of Afro-Cuban characters appears in all of the major collographies in the series, adapted from a mythology called AbakuÃ¡ that AyÃ³n used as archetypal symbols to express ideas about the politics of power.

Curator Cristina Vives, who was a good friend of the artist, has presented this exhibition across the United States since 2016 because she believes AyÃ³n’s work has never been properly contextualized. â€œIn the 1990s, better than newspapers, institutions, any public space or media in Cuba, art was more active, reflective and critical,â€ said Vives. â€œA lot of people, even my colleagues, considered Belkis to be a religious artist, a folk artist or a gender artist. She has nothing to do with it.

Although AyÃ³n was internationally known during her lifetime, she did not gain the attention of museum curators like avant-garde conceptual sculptors such as Tania Bruguera and Los Carpinteros, who were also in the stable of Lively. â€œThey were clearly political; the message was more direct and they made installations. Prints have always been considered more traditional. Few in the critical world understood that Belkis was of the same generation, with the same point of view and the same intentions but with a different medium. It took a long time to figure out.

Vives hope AyÃ³n’s time has finally come. The massive collographies, each made in pieces, were installed to appear more sculptural; some are attached to free-standing walls. A few inches on the floor, so they look more like a setup.

Technique alone is reason enough to look hard. Belkis did not use a pencil, Vives said. The figures and every detail – including the scales of the fish and the textured appearance of the clothes on the figures and their skin – were produced with scissors, cutting out his multiple collage materials or carving out patterns in the die.

The exhibition includes some early works that illustrate AyÃ³n’s development, as she discovered and began to identify with Princess AbakuÃ¡ SikÃ¡n, whom she used to represent herself.

Vives pointed out another wall of smaller prints in the museum with titles that do not refer to religion or art history: “Harassment”, “Intolerance” and “Unfounded Fears” for n ‘ to name a few. These are AyÃ³n’s latest works, all with images confined to tight circular compositions, as if she sees no way out of her obscurity.