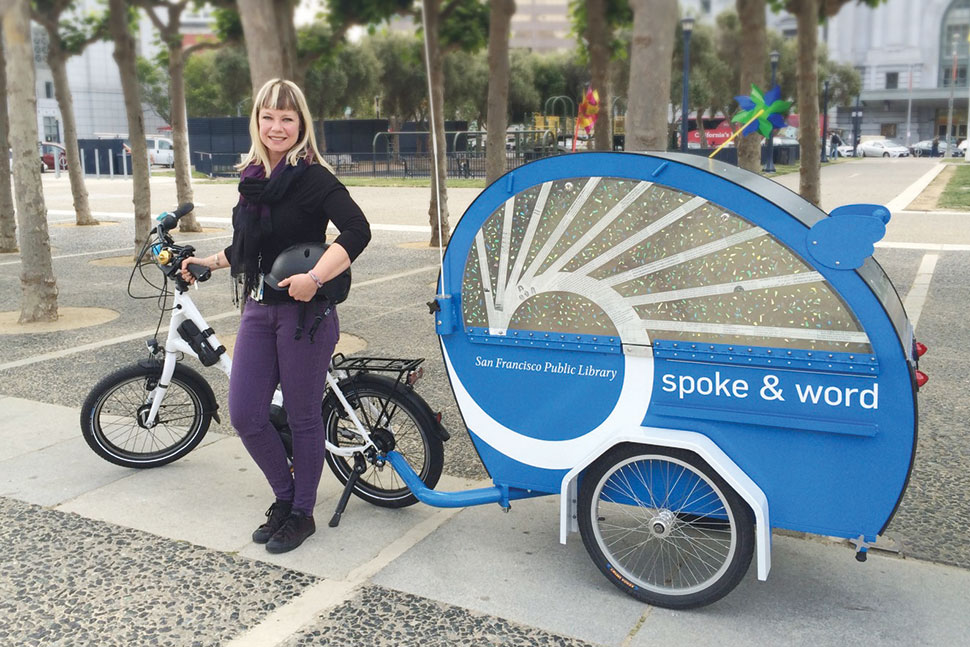 By the numbers: National Cycling Month

May is National Cycling Month.

2008
The year Gabriel Levinson, often described as the founding father of the current book bike, started riding his custom Haley book trike through Chicago parks to hand out free materials. It then partnered with the Chicago Public Library to continue distribution.

260
Load books, the most that a standard model of Haley Book Bike can handle.

2,696
Miles traveled by the Pima County Public Library, Arizona, Bicycle Book Fleet in its first six years of operation (2012-2018). During this time, staff and volunteers distributed 76,997 books and attended 1,029 events.

$ 1,800
Cost to establish Maricopa County (Arizona) County Library District Book Bike. The bike is equipped with an umbrella with pole extension, a Wi-Fi hotspot and an air compressor, among others.

25
The speed, in miles per hour, that the San Francisco Public Library’s Spoke & Word e-bike can achieve.

2013
The year one of the first major U.S. public library bike sharing programs was established in public libraries in Athens County, Ohio. That year, the library’s 21 bicycles were its most circulated items.

19
Number of years the Keene (NH) State College Green Bikes program has been in operation. Students, staff and faculty can borrow one of the school’s 100 bicycles for up to one semester in the library. The program is part of Keene State’s goal to become carbon neutral by 2050.

20
Number of bikes available at checkout at the Young Men’s Educational Network’s bike lending library in the North Lawndale neighborhood of Chicago. The library is located in a reused shipping container and includes a store for simple repairs.

Do something grand with Gray Line in Las Vegas