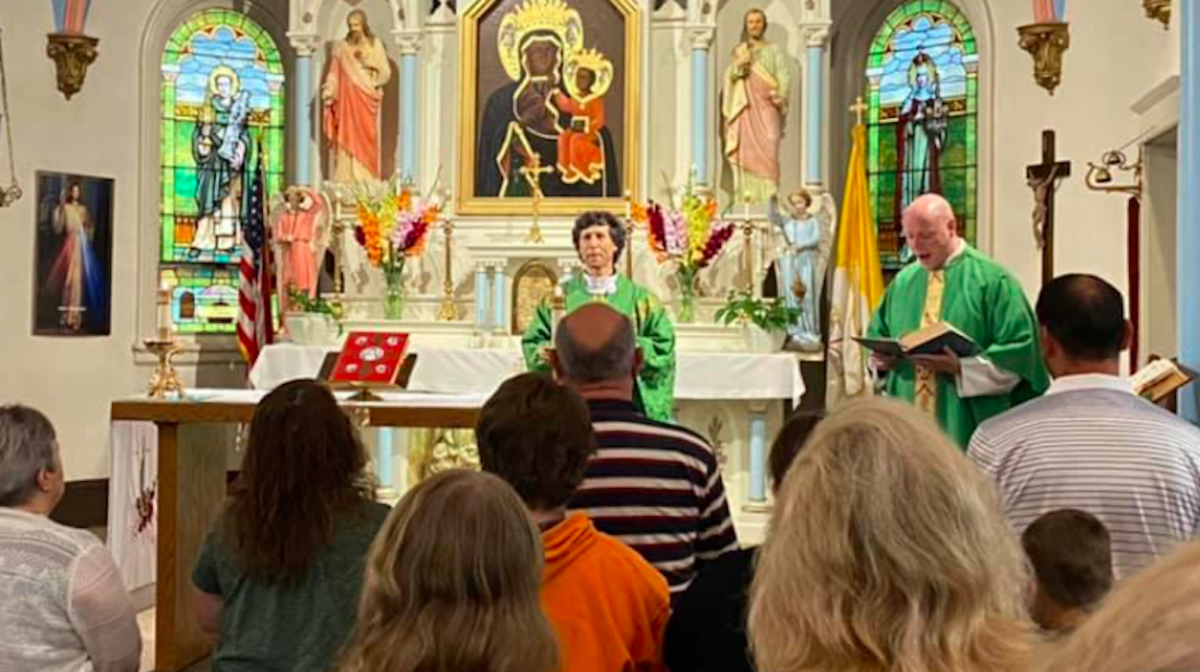 A Catholic priest in Minnesota has found himself in the public eye after sharing misinformation about COVID-19 and vaccines with his parishioners.

Written by Fr. Paul Kubista, the essay appeared in last Sunday’s newsletter at St. Mary of Czestochowa Catholic Church in Delano, Wright County. It was posted on the parish’s Facebook page the next day:

“There is evidence that the jab is harmful, even fatal,” Kubista writes, citing figures he says come from VAERS, or the Vaccine Adverse Event Reporting System, a data tracking system run by the CDC and the FDA.

(As Science magazine notes, VAERS data – which is open to the public – has often been ‘tweaked’ and misinterpreted by antivaxxers during the COVID era.)

Kubista also cites Dr Peter McCullough, a cardiologist whose misrepresentation about vaccines has led to a lawsuit, and Dr Robert Malone, who falsely claims to have “invented” the mRNA technology that made the vaccine possible.

In his essay, Kubista says he “will not take the vaccine under any circumstances” and calls the number of reported COVID deaths “swollen,” among other misinformation and incorrect claims.

As reported by KARE 11, the Archdiocese of St. Paul and Minneapolis issued a statement regarding Kubista’s message, claiming that “homilies or columns of bulletins that assess specific medical advice or theories are beyond their expertise and are both irresponsible and inappropriate â€.

The station says it has shared with Kubista “a number of links to reputable studies and articles refuting several claims in his article,” and that Kubista, “kindly, has agreed to read them.”

Kubista is not the first Catholic priest in the region to generate controversy over misinformation about COVID-19 or the vaccine.

In May, an anti-Vaxxer priest at St. James the Less Roman Catholic Church in La Crosse, Wis., Was asked to resign following his public comments.