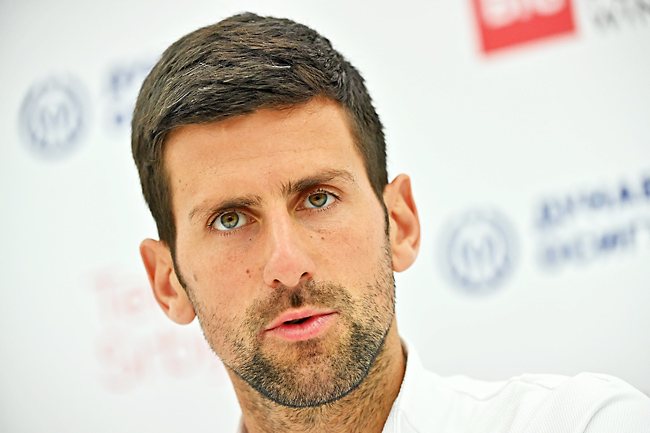 The world number one said he disagreed with the war but said banning the athletes was unfair.
“I will always condemn war, I will never support war being myself a child of war,” he said at the ATP event in Belgrade. “I know how much emotional trauma that leaves.

“In Serbia we all know what happened in 1999. In the Balkans we have had many wars in recent history.

“However, I can’t support Wimbledon’s decision, I think it’s crazy.

“Players, tennis players, athletes have nothing to do with it (war). When politics interferes with sport, the result is not good.

The All England Lawn Tennis Club (AELTC), which operates Wimbledon, said it was acting to “limit Russia’s global influence in the strongest possible ways”. But ATP and WTA organizers criticized the ban, calling it “unfair” and “very disappointing”.

Russian Daniil Medvedev is Djokovic’s closest rival in the world rankings and denied the 34-year-old a Grand Slam on the schedule in the US Open final last year.

DeSantis tests the limits of his combative style in Disney feud |