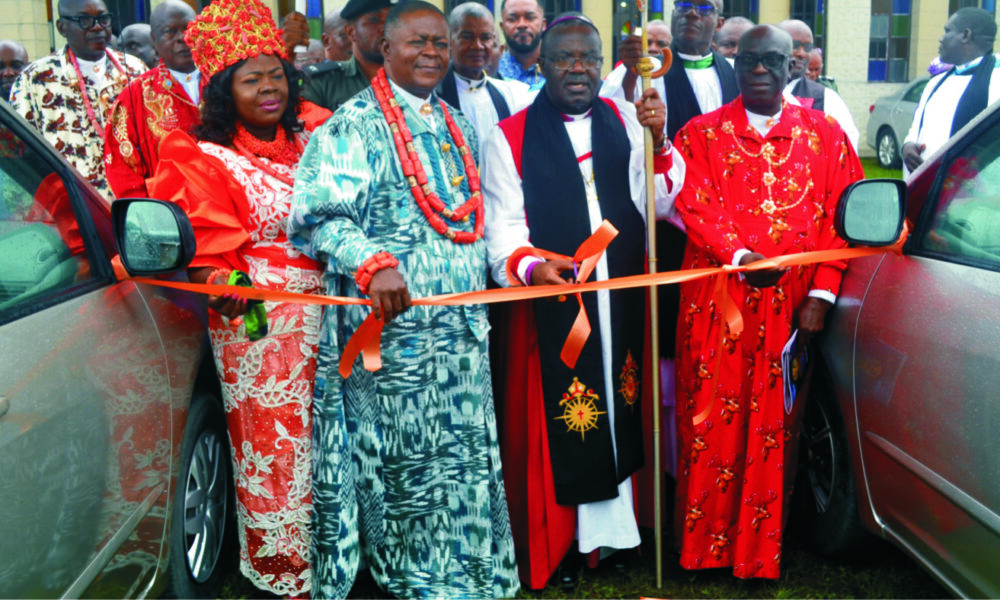 The Governor of Bayelsa State, Senator Douye Diri assured the people of his administration’s irrevocable commitment to complete the first phase of the Nembe-Brass road project before the end of his first term.
Governor Diri, who gave the assurance at the 79th meeting of the State Executive Council at Government House, Yenagoa on Wednesday, said his administration was on the verge of proving opponents wrong with the completion in timely of the multi-million naira project.
Represented by his deputy, Senator Lawrence Ewhrudjakpo, the Governor thanked the Bayelsans, especially the chiefs and people of the Nembe and Brass regions, for showing up en masse to offer him and his entourage, a warm welcome at the launch event last week.
He pointed out that the Nembe-Brass road is very important not only for the people of the state but also for the whole country due to the strategic national assets and resources domiciled in this part of the state.
Governor Diri noted that when he said his administration would undertake construction of the Bayelsa East Senate Road project, many had thought it was just an empty political statement.
“We would like to thank the Bayelsans, especially the residents of Nembe and Brass, and of course the entire Bayelsa East Senatorial District, who showed up en masse to warmly welcome the Governor and his entourage.
“When we said we were going to do this project, people thought it was political. For Prosperity Administration, we engage in every conversation we speak. We don’t make empty promises.
“It is better to start with a step in the right direction than not to take a step at all. We are confident that before the sunset of this administration’s first term, this project will be completed. This is our goal.
Governor Diri, who pointed out that the main wealth of the state was in the sea, said the government was determined to open the state to the Atlantic Ocean from three flanks, noting that substantial progress was being made. underway on the Bayelsa West and Central Senatorial. Roads.
He revealed that the asphalt had been laid up to Ayamasa and that in a few weeks Aleibiri in Ekeremor local government area would be connected to ensure a smooth ride from Toru-Orua, where the current administration took over. the project.
“As you know, our wealth is in the sea and our will is to take us and ensure that we come to the Atlantic from all three flanks. We are progressing well on the Bayelsa West Road.
“As we speak the asphalt has been laid to Ayamasa and beyond. In a few weeks we should be able to connect to Aleibiri and you will have a smooth ride from Toru-Orua from where we resumed construction, down to Amanagbene where our asphalt is sitting and working hard to get to the main town of Ekeremor,” he said.
“We are very confident that with the resources coming our way, we should be able to move on to the next phase which would take us from Ekeremor to Agge,” he added.
The Managing Director of Bayelsa took the opportunity to congratulate and cheer on the state men’s and women’s basketball teams participating in this year’s Nestle Millo National Basketball Tournament for Secondary Schools being held in Lagos.
He said he was delighted that the teams from Saint Jude Girls Secondary School and Bishop Dimeari Secondary School (BDGS) made it to the finals and would certainly make the state proud again by coming out on top in their different categories.
Speaking on the prolonged power outage in the state, Governor Diri said it was not the fault of the state government, making it clear that the generation, distribution and transmission of electricity in Nigeria through the national network were on the exclusive list.
While empathizing with the people in the face of this worrying development, he called on them to show understanding and not point fingers at the state government, adding that his administration was working closely with relevant federal agencies to resolve the problem.
Senator Diri also took the opportunity to remind the young people of Bayelsa to direct their energies towards productive endeavours, investing their time in activities that would not tie them to crime and criminality.
He advised them to take full advantage of the various opportunities that the government has created for them, revealing that no less than 150 young people are currently trained in the second group of beneficiaries of the Diri Digital Entrepreneurship Empowerment (D-DEEP) programme.