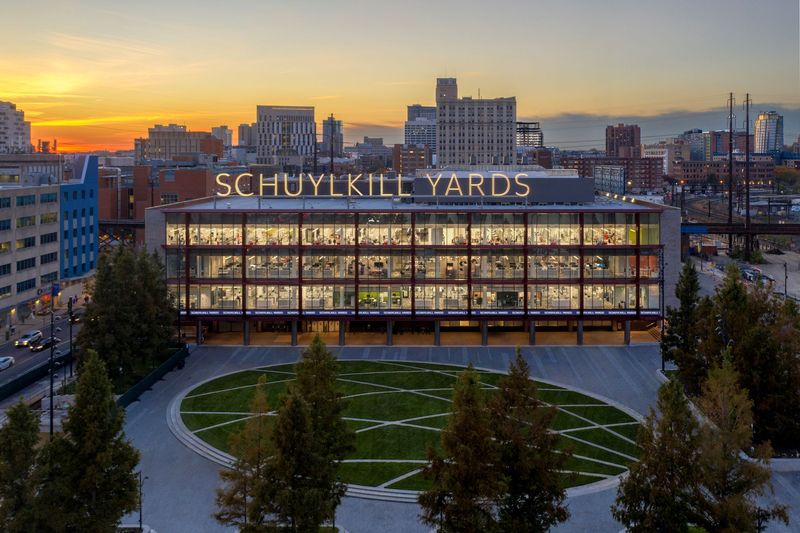 The Bulletin Building in Philadelphia, once home to a bustling newspaper office, has seen many changes in its more than 60 years of existence. The project team for its recent renovation was challenged to transform this facility into a modern and innovative laboratory space that can accommodate future advances in science and technology, while preserving the rich history of the building, as well than turning it into an anchor for a mix-use development in one of America’s greatest cities.

The Bulletin Building in Philadelphia, once home to a newspaper, has found new life as a laboratory space.

Completed in the fall of 2020, this 265,000 square foot facility was originally the headquarters of the evening bulletinthe nation’s most widely circulated afternoon newspaper at the time – the original structure was built in 1955. The building was converted into Class B offices and academic spaces for Drexel University in the 1990s. The most recent renovation re-establishes the building as a Class A life science laboratory space, with retail on the ground floor and academic space for Drexel in the basement.

Kieran Timberlake was the architect of this project. The consultants were Thornton Tomasetti, who served as structural engineer and facade engineer; Keast & Hood was the structural engineer for the construction phase; db | HMS served as the MEP engineer; and Tillotson was the lighting designer. Additionally, the landscape architect for Drexel Square was West 8 Landscape Design and the construction manager was Hunter Roberts.

Laboratory manager spoke to Richard Maimon, partner at KieranTimberlake, about this renovation project.

Q: What was the need for this installation? Can you give an overall timeline from original conception to planned opening?

A: The project focused on a dramatic, newly redesigned east facade that dramatically increased natural light and views. It also transformed the image of the building as a place of innovation and research respectful of its heritage. The building, together with the adjacent landscape of Drexel Square (formerly a surface car park) forms the first phase of the Schuylkill Yards innovation district, being developed by Brandywine Realty Trust with Drexel University.

The start of the design work took place in the spring of 2018; construction was completed at the end of 2020.

Q: What types of sustainability initiatives were included in the design plan?

A: Because the building had a large floor plate, we replaced the solid walls of the original building with transparent facades that fill the generous loft spaces with natural light and provide views of the historic 30th Street station through the park and on the skyline of downtown Philadelphia. While significantly increased transparency was required for Class A workspaces, our goal was to avoid adding an energy load to the building. This was accomplished through the use of high performance glazing – coupled with the shading provided by an exterior aluminum frame – and increased insulation, particularly at roof level. A frit pattern was developed for the glazing to limit heat gain and glare, while also serving to make the glass visible to birds to limit bird strikes. The frit provided an opportunity to honor the building’s history; our team created a custom template of fonts previously used by the Newsletter newspaper. This clever “cascade” of letters and numbers protects the building from the sun and makes the glass visible to birds, while preserving the view and daylight.

Q: Is there anything particularly unique or groundbreaking about your setup or the design plan?

A: As the former headquarters of the nation’s largest afternoon daily, the Bulletin Building, designed by George Howe in 1955, was state-of-the-art for its time. Now, with a facade intervention that opens the interiors of this significant building to daylight and views, the Bulletin Building anchors the Schuylkill Yards development in the University City of Philadelphia and re-establishes the building as a strong presence at a major crossroads.

The simple but powerful massing of the original design – set on soaring columns with smooth masonry skin and an expansive eastern facade – was defined by monochromatic glazed brickwork, curved corners, deep ribbon windows, asymmetrical entrances, a long outdoor loggia, stainless steel details, and assertive signage. The introduction of new windows on the east facade in the 1990s greatly diminished the monumentality of the building. The redesigned structure restores Howe’s north, west and south facades, while reinterpreting the prominent east facade. It also opens the building’s large floor plates to light and views through high-performance glazing and reaffirms the monumentality of the original structure through a large-scale aluminum frame. Prominent Howe Design graphics return with stainless steel rooftop signage announcing Schuylkill Yards as a vibrant new neighborhood.

Q: What kinds of challenges did you encounter during the design/build process, and how did you overcome them?

A: Two challenges come to mind:

Q: How did you work with the other members of the project team to collaborate on this building? Can you talk about your communication strategies and the compromises that had to be found with the laboratory/installation managers in order to move the project forward?

A: At the start of our design work, Spark Therapeutics (the tenant) had already occupied the second floor with an interior renovation by another design team. Early in our design process, this single tenant leased floors three and four, continuing interior work with their separate design team. The Kieran Timberlake team coordinated frequently with the lab team regarding general building design issues and building systems, with an emphasis on facade design and installation. The demolition of the existing envelope and the installation of the new glazing took place during the complete occupation of the second floor. This required close planning and cooperation with substantial protection and insulation achieved by temporary walls, which were insulated and glazed, to retain daylight during construction.

Q: If a similar facility or program were modeled after your lab’s facilities, what do you think they would take away as an example of what they should also implement in their own lab?

A: This project is an excellent example of a significant existing building transformed for a use that was unimaginable at the time of its original design. The building’s bones—deep floor plates, generous floor-to-floor heights, and column spacing—provided the essentials for a commercial laboratory space. Rather than being constrained by the building’s history and architectural heritage, the owner and design team sought a way to combine new interventions with preservation and renewal to create a new civic landmark and paving the way for design excellence and sustainability in the nascent neighborhood of Schuylkill Yards. .