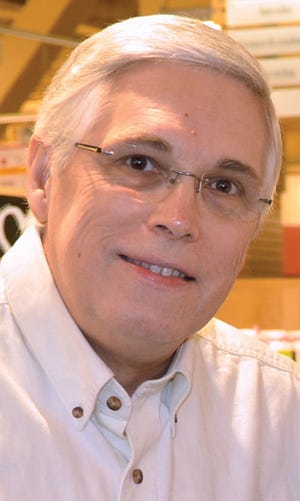 Halloween things a newspaper is not allowed to do

When you work for a newspaper like I did for over 40 years, you ask yourself a lot of questions. The internet reduced the frequency of these questions because people could search for answers on their own. Social media isn’t always a reliable source, but at least you get a response – good or bad.

Journalists sometimes have information that people want to know. Things like when is the Cowboys game (it’s 7:20 p.m. Sunday), when is election day (it’s Tuesday) or when is Brownwood going to get a target (not in my lifetime).

One question we heard periodically during my time at the Bulletin was about the celebration of Halloween – mostly in the years when October 31 falls on a Sunday, as it does in 2021.

It came to a head the year someone on the phone asked, “Is the Bulletin moving Halloween to Saturday?”

The caller didn’t think it was appropriate for children to dress up as witches and goblins and swarm their neighborhoods in search of candy on a Sunday night when they might otherwise attend a church service. Frankly, it seems preferable.

I thought to myself, “If I had it in my power, I would.

Yes, I liked the idea. Unfortunately, she called the wrong office. Maybe she should try City Hall, County Courthouse, or even Governor’s Mansion. However, I doubt that even the officials we charge with making decisions in the interest of the people consider themselves powerful enough to change the timetable. After all, Halloween is not a government holiday.

The caller’s question is particularly relevant when researching the story of Halloween. From a religious point of view, Halloween falls on the eve of November 1, All Saints Day. Sure, a lot of people treat their Sunday like any other day, but please. Even Halloween?

Fortunately for those who agree with this caller, many Halloween activities are intentionally postponed to days other than Sunday, regardless of when Halloween falls. Many celebrations are planned the week before and the weekend before the last day of October to ensure better attendance and participation. In many ways, it became Halloween week, rather than Halloween on a hectic October 31st eve.

No editor has the power to change the schedule, but if they did, I would go beyond changing the Halloween day. Opportunities abound, so let’s fix some other issues with the schedule. Think of this as my “Trick or Treat, Calendar Edition”.

– Easter Sunday will be standardized on the first Sunday in April. That doesn’t put Easter on the same day every year, but at least it will be the same week.

“Our general elections, including the presidential elections in early November, will be postponed until early October. The weather will be better in the northern states and we could really enjoy an important vacation before the cold weather arrives. And as a bonus, the campaign season will be a month shorter. Next, let’s make Election Day a federal and state holiday so people don’t have to ask for time off to vote.

– Independence day will become a three-day public holiday, from July 2 to 4. On July 2, 1776, it is anyway that the important things happened.

—This “30 days in September, everything else I can’t remember” business is not working for me. Let’s give 30 days to each month – except January, February and March which will each have 29 days (but 30 in February in leap years). This totals 357 days in most years, with eight days remaining at the end of the year. Then schedule those eight days after December for something new, “Christmas Week”. Christmas would devote two days to it. The second day of Christmas week will be for religious celebration and the fourth day of Christmas week will be for commercial celebration. This keeps the religious Christmas seven days before the New Year as usual, and it separates the two conflicting ways of observing Christmas. The week between Christmas and New Years is like another month, anyway.

“I would like to do something about daylight saving time, but I’m confused. I love the “extra” daylight in the summer, and I love the extra hour of sleep when we “fold up” – as we will on November 7 – but that can’t happen without enduring that terrible “spring in”. before”. No one has a good solution; otherwise, we wouldn’t continue to do it twice a year.

– And of course. Halloween falls on the last Saturday in October, so All Saints Day will always fall on a Sunday.

If only I had it in my power …

Gene Deason is editor emeritus of the Brownwood Bulletin. Its “TGIF” column appears on Fridays. He can be contacted at [email protected]