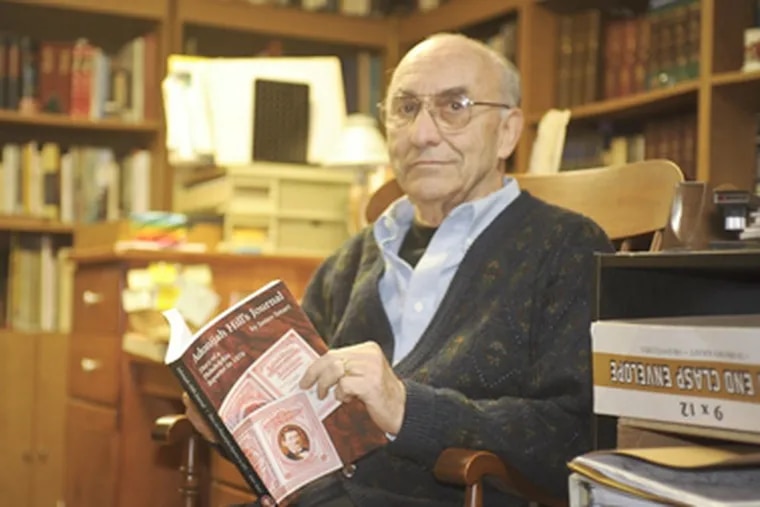 Mr. Smart went from copyboy to award-winning journalist to revered columnist during a 25-year career at the Bulletin. He wrote a column called “In Our Town” from 1959 to 1973 which focused on town life, history, celebrities, vacations, his children, the family dog ​​and other topics that left readers with the feeling that he knew who they were and what was. important to them.

“I still remember how friendly and funny he was,” said a person Mr. Smart interviewed years ago about the July 4 celebrations. “It’s a memory that stuck with me all these years,” they wrote in an online tribute. “That famous journalist who comes to see us all! … He seemed like one of the good guys.

Mr. Smart was a history buff and later, after leaving the newspaper, wrote freelance articles for the Bulletin and The Inquirer on the Revolutionary War, the 1976 National Bicentennial, city history and famous and less famous people and events. .

“People who have lived in Philadelphia since the administration of FDR, more or less a president, regard transit strikes as another local tradition, like the Mummers Parade, the dead man’s vote, or pretzel mustard,” he said. he wrote in a 1998 opinion piece for The Inquirer. “The elders have long learned the tricks of getting to work during a strike.”

He wrote an eclectic weekly column called “Of All Things” for over three decades for the Roxborough Review, and worked in public relations, advertising, editing and publishing following his career in the Bulletin. His collected writings are held in the Temple University Urban Archives as “James Smart’s Philadelphia.”

“He was an empathetic person,” said his daughter, Leslie Zavodnick. “He was curious, so he always wanted to understand the story. But he didn’t come strong and worked and wrote respectfully.

He has published four books, including the 1995 one Soggy Shrub Rides Again and Other Improbabilitiesa collection of his many columns, and 2011′s Adonijah Hill Diary: Diary of a Philadelphia Journalist in 1876. “This book is a history buff’s delight,” one reviewer wrote of Hill’s Diary.

He graduated and later taught at Charles Morris Price School of Advertising and Journalism in Center City and has been featured in both The Inquirer and Chestnut Hill Local. He never really retired. “I loved writing,” he told The Inquirer in 2011.

Born April 27, 1930 in Kensington, Mr. Smart was encouraged to consume classic literature and newspapers by his father, himself a prodigious reader. He became the editor of the Megaphone, the school newspaper of Northeast High School—then Eighth and Lehigh—wrote articles for the children’s section of the Bulletin and sold freelance articles to magazines.

He graduated from Northeast in 1948, turned down a one-year scholarship to the University of Pennsylvania, and got a job as a copyboy at the Bulletin. He was lucky on a few writing assignments, and the editors, seeing his diligence and obvious writing skills, promoted him to journalism.

Longtime columnist Earl Selby became the paper’s town editor in 1959, and Mr. Smart, then an award-winning journalist, replaced Selby, changing “In Our Town’s” focus of investigations and politics to human interest, and continued to write the column until he resigned from the paper in 1973.

He met Joy Lovett at a church picnic when he was 16. They married after high school, had a son Stephen and a daughter Leslie, and lived in Philadelphia, Croydon, and Langhorne. His wife died in 1973.

He worked with then married graphic designer Barbara Torode in 1977, and they lived in Center City and Mount Airy until his death in 2019.

Mr. Smart enjoyed gardening, could fix almost anything around the house, ran model trains at Christmas and watched Phillies games on television. “Mostly, says his son, he focused on work and his family. He liked meeting people.

A celebration of his life is to take place later.

Donations in his name may be made to Mighty Writers, 1501 Christian St., Philadelphia, Pennsylvania 19146.

Ripon marks nearly 20 years without a homicide in the city