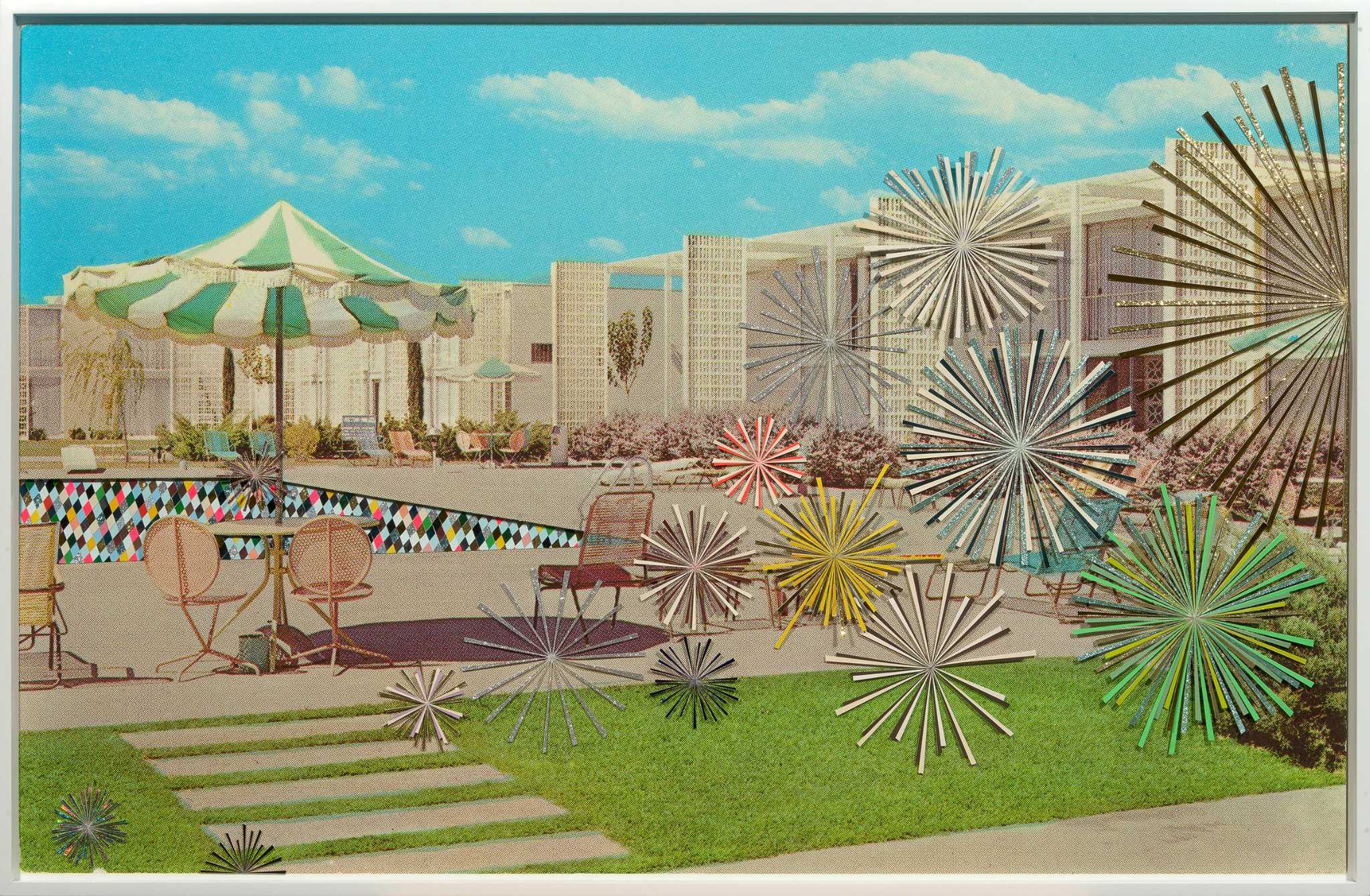 Why: If you can’t dive into a freezing pool right now, Kelly O’Connor’s collages might be the next best thing.

“Bottom of the Pool (El Paso)” is one of a series of retro seaside resort landscapes in which O’Connor replaced water with sparkling diamond-shaped chunks, evoking the scintillating sensation of brain freeze that can shock you insanely for about a second after your body touches the cold surface of the pool on a hot day.

Sampling images from vintage magazines, postcards and albums from the 50s and 60s, she also transports viewers to a richly nostalgic place – the fantastic and glamorous post-war world of “Mad Men” or “Valley. of the Dolls â€- celebrating this idealized, oh-so-American culture but also capturing a sense of its superficial optimism.

The El Paso scene looks particularly empty as it is devoid of the people who inhabit some of O’Connor’s other pool landscapes.

And it looks hot. Puffy clouds float in the intense blue sky. Aside from the remote pool, only a thin strip of grass provides a respite from the concrete landscaping. Only a solitary metal umbrella provides shade. Maybe everyone is outside letting the wind blow through his hair as he speeds up in his convertibles along Route 66.

Some viewers may remember these places from experience. O’Connor, who is in his 30s and works at the Linda Pace Foundation in San Antonio, approaches them from a more nostalgic perspective. And really, the kind of environment she portrays is hip and reproducing.

â€œA lot of my work is about the hypnotic quality of the facade,â€ she told the San Antonio Express-News in 2015, when she unveiled a mural at 1010 S. Flores. This incorporated images from HemisFair ’68, and she was fascinated to find images of a “modern utopia” that once existed in her own backyard.

Houstonians may also remember a temporary mural that O’Connor created for the Blaffer Art Museum’s “Window Into Houston” series in 2015. She has exhibited extensively in the State and her work is part of the collection. from the McNay Museum. I wonder why she’s not featured in the Big San Antonio Show this summer at the Contemporary Arts Museum in Houston.