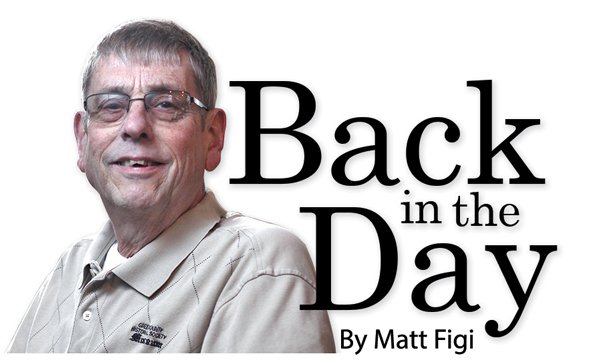 The newspapers at the time of the fire on the south side of the square (last week’s column) were able to give their opinion without ending up in court for defamation of character. The following three paragraphs were printed the week following the fire of January 12, 1870 with the title â€œEgoismâ€. The village was small enough that most people probably knew the person we were talking about.

â€œA clever young man (?) Was heard say, during the progress of the recent fire, that he did not offer to work much – that his ‘father’ building was insured for more than it was worth. We will not use his name because of the respect we have for his parents. Compare this conduct with that of Mr. Sam Mack, the man of all souls, of the Mack & McCracken firm, hardware store, who at the risk of his life helped save some of the most valuable parts of Bloom & ‘s stock. Its of destruction goods. For one we have a contempt that begs for expression; for the other, endless respect. The whole community will also judge these things in the same measure as we do. We believe that at a time like the recent fire, our worst enemy would receive help from us, at least sympathy, provided we were allowed to have such an experience.

â€œAnother small incident, which came to our attention a few days ago, which illustrates the different nature of some men and women in times of danger and loss of property: a young man was busy chatting with a gang of young girls, near the burning buildings, when one of them asked her to go help carry water. He replied that it would ruin his clothes and didn’t want to help. She replied very enthusiastically and told him that he had better go home and have his mother sleep him. he muzzled [vanished].

â€œDuring the confusion over getting the goods out of the burning buildings, several pairs of boots and shoes were stolen from the two or three crates of these goods that had been rescued from Mr. Banks’ store. Other depredations, similar to the previous ones, are also repaired. The souls of beings who could do so could be put, by the thousands, into the skin of the smallest flea, and then they would vibrate like wheat in an ox bladder. Our “devil” said that the thing guilty of such wickedness would steal from a dying child its last piece of food and, after death, steal the body and the burial clothes.

It was reported on March 16 that Ared White had sold his land in the “burnt corner” to JH Bridge. He purchased the next two lots in the East later that month in connection with DF Corson & Son. Bridge intended to put up a block of bricks as thin as there was in Monroe. The Sentinel reported: “It would be a big improvement for the area, a good thing for the city, and we believe it is a worthwhile investment for Messrs. Bridge and Corson & Son.”

The Sentinel of April 27 reported: â€œR. Craven, ‘brick-maker’, is to supply the brick for the new store block in Bridge. Little has been reported on the progress of the building until August 24. â€œMr. The beautiful new block of Bridge, at the southwest corner of the plaza, received his beautiful iron cornice, which puts a crown finishing touch to the overall appearance of the block.

It was announced the following week that CE Adams, the pharmacist on the west side of the plaza, had rented the corner store in the new block and planned to move in as soon as the rooms were finished. His intention was to build up a large stock of goods and in all respects to make his establishment first class. Another week later it was stated that MM. McNamara & Kinsley, of Freeport, planned to open a first-class boot and shoe store in the new block. This meant that three of the stores were already rented. Adams moved into his new store the first week of October.

Dr Bradshaw moved into his new office above Corson’s Harness Shop in December while Dr Monroe stayed in his old office above Adam’s Drug Store.

As is now happening in Monroe, businesses changed locations around the square at the time. In February 1872, Edmund Bartlett, Justice of the Peace, moved his office above McNamara’s to the Bridge Building. SC Chandler moved its dry goods store to a room in the Bridge Block, which faced Jackson Street [now 16th Avenue].

This building later became known as the Ruf Block after Paul A. Ruf purchased it. It could be another column or two in the future on Mr. Ruf and his block! Photos of this block can be seen in both of Monroe’s illustrated stories.

– Matt Figi is a resident of Monroe and a local historian. His column will appear periodically on Saturdays in the Times. He can be reached at [email protected] or 608-325-6503