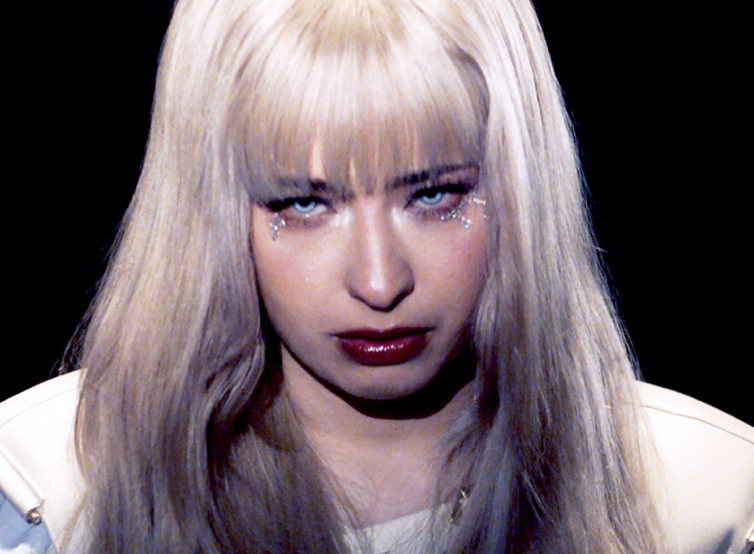 Sarah Bonito’s debut solo offering Kero Bonito, “Hell Is Here” takes her lead band’s hyper-pop palette, extracts its sweetness, and sends it plunging into the fiery abyss. Granted, there are moments of levity as the singer’s signature sugary voice erupts from the darkness like a beacon of hope, but the main agenda is the gnarled, screaming vocals, the hellishly distorted electronics and the general aura that – in the guise of Cryalot (one of the less revered Knights of the Round Table) – Bonito summons a demon that has slumbered within her from the start. (Lisa Wright)

Keg says their new single “Elephant” is “loosely written about a massive camel slaughter in Australia, shot from a helicopter”, and things only get more surreal from there. The seven-piece Alcopop! the signatures pack a world of ideas in two and a half minutes, with Squid’s edgy punk kicked up to 11, before bursts of barely contained noise give way to an anthemic horn-flecked outro. How it all packed into 150 seconds, we’ll never know, but it’s a thrilling ride. (Will Richards)

Where Working Men’s Club’s aggy, ravey electronica cannon feels ripped from the belly of life, then London trio Regressive Left’s latest superlative arrives to show what would happen if you took these ideas and put a little more into them. light and humor. A propulsive nearly eight-minute opus, “The Wrong Side of History” nods to LCD Soundsystem and Talking Heads, dropping memorable lines (“I only talk about free speech when it’s is about my freedom to be an asshole”) over slowly intensifying synthesizer hooks and punctuated, chanting choruses. It’s a lot of fun: think of “Losing My Edge” having a wake-up call rather than with age. (Lisa Wright)

Back with their first new music since 2019, Ugly is back and better than ever. Armed with new single “I’m Happy You’re Here”, their latest is an eight-minute gem, drawing influences from pop, folk, rock, as well as the band’s choral lineup, and featuring the ” new sound” of the group. ” with a nice touch. In their own words: “It’s good to be back! (Elly Watson)

Devon Trio Pale Blue Eyes take their name from one of The Velvet Underground’s finest and most famous songs, and there’s a similar majesty to their short story, “Star Vehicle.” Through reverb-soaked guitars and big-screen melodies, they reminisce about shoegaze greats on a song that “is about dreaming about the future and going through tough times together.” (Will Richards)

Appearing in the somewhat deceptive guise of Low Loudly (a more delicate, light-hearted voice you’re unlikely to find), Drug Store Romeos’ Sarah Downie has a knack for turning everything she touches into something of a fairy tale. enchanted and otherworldly. Put that against the minimal, slow-moving electronic textures that come courtesy of South London producer Saint Jude, and the result is like a stripped-down Massive Attack that emerges cloudy-eyed at dawn. Less of a banger, think of it more as the relaxing soundtrack to the cross-eyed morning walk. (Lisa Wright)