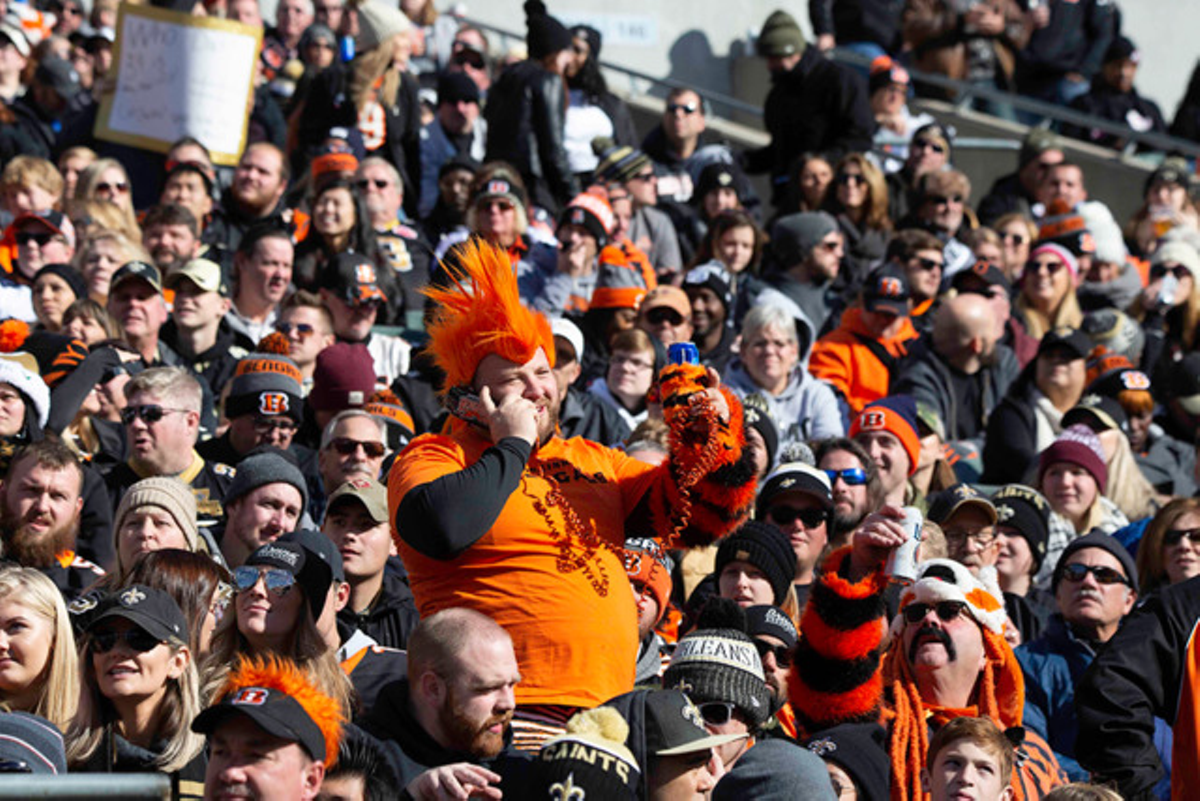 Cincinnati Bengals fans might have a few words for “The Advocate” in Louisiana.

It’s been a long, long, long coming, but the Cincinnati Bengals are finally heading to an AFC championship again. And after enduring decades of ridicule for their hope and support, fans have earned their right to rejoice a little.

But is Cincinnati’s rallying cry “WHO DEY” ridiculous? A Louisiana newspaper seems to think so.

the lawyer, Louisiana’s largest newspaper, published an op-ed Tuesday morning titled, “Our View: Cincinnati’s ‘Who Dey’ Singing Is Stupid. [sic] Lend them ours.”

Unaware that the Attorney the editors forgot to include the apostrophe in “let’s”, the title is unnecessarily aggressive and pretty much shits on what is an otherwise joyous moment for a fan base that has taken its tunes for years.

At first, the Jan. 25 editorial professes that Louisiana supports the Bengals because quarterback Joe Burrow played at Louisiana State University in 2018 and 2019, winning the Heisman Trophy and a host of other accolades. Likewise, wide receiver Ja’Marr Chase excelled at LSU in 2018 and 2019 and won numerous awards, including being named college football’s top receiver.

But then the lawyer comes for “Who Dey”.

And then there is the singing.

“Who, who, who thinks he’s going to beat the Bengals?” sounds like a cheap knockoff of our smarter – and grammatically correct – Who Dat Cheer.

The newspaper goes on to suggest that the New Orleans Saints could “loan” the “Who Dat” Bengals for the playoffs, implying that Louisiana’s version is superior to Ohio’s.

In the end, it doesn’t matter. Bengals fans are excited. People spend money on local watch parties and team products. The Bengals are motivated to win. A short editorial on a picky topic from a newspaper 800 miles away really has no bearing on what’s going on here.

The Cincinnati Bengals will face the Kansas City Chiefs in the AFC Championship at 3:05 p.m. on Sunday, January 30 at Arrowhead Stadium in Kansas City. Fans can watch the game on CBS, Paramount+ or NFL mobile options.

If the Bengals beat the Chiefs, Cincinnati will face the San Francisco 49ers or the Los Angeles Rams in the Super Bowl on Sunday, February 13.

Send CityBeat a news or story tip or submit a calendar event.

What to know before borrowing