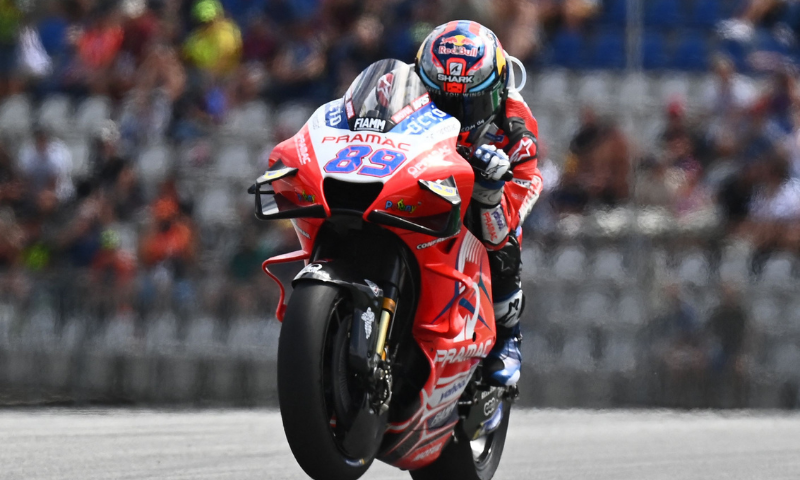 Championship leader Fabio Quartararo set a better time late in the session but his lap was missed as he overstepped the track, while six-time world champion Marc Marquez, pushing hard, crashed in his last turn.

Martin, a Spaniard who rides for the Ducati Pramac satellite team, clinched his second career pole position in one minute 22.94 seconds, a new lap record at the Red Bull Ring.

Francesco Bagnaia, an Italian who rides for the Ducati factory team, was second, 0.044 seconds slower. The French Quartararo completed the first row on his Yamaha.

There were two more Ducatis in the second row on the fastest track on the MotoGP calendar.

Australian Jack Miller finished fourth on a factory bike and Frenchman Johann Zarco sixth on a Ducati Pramac. World champion Joan Mir was sandwiched between them on a Suzuki.

Honda’s Marc Marquez finished eighth and will start between two of his Spanish compatriots, Aleix Espargaro (Aprilia) and Maverick Vinales (Yamaha) on the third row.

Oliveira, who injured her hand in a fall on Friday, was 12th.

Valentino Rossi on Yamaha-SRT, who announced Thursday that he will retire at the end of 2021, finished 17th.