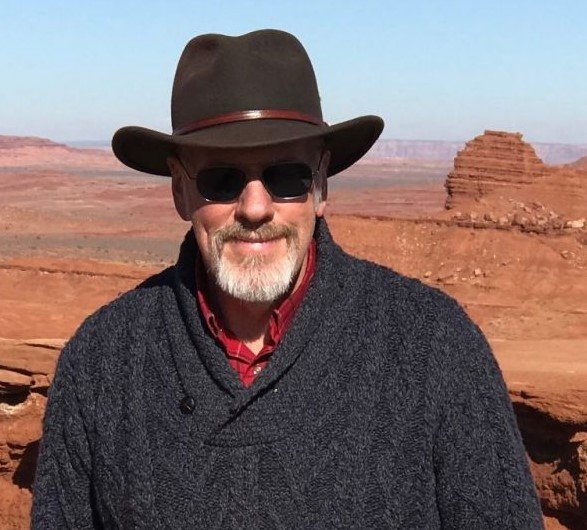 The Mesilla Valley / Southern New Mexico Book Club will host James McGrath Morris, author of “Tony Hillerman: A Life” for an in-person and Zoom presentation from 4 pm to 5 pm on Thursday, October 21. The book was published earlier this month. .

Concurrent events are free and open to the public.

You must have a free ticket for the in-person presentation, as space is limited. Masks are mandatory.

Zoom tickets and credentials are available by emailing [email protected]

Morris, who lives in Santa Fe, is an award-winning biographer and narrative non-fiction writer. He has written extensively for newspapers, magazines and academic journals. Before becoming a full-time writer, he spent a decade as a journalist, a decade working in the book and magazine business, and a decade as a high school teacher.

Tony Hillerman (1925-2008) was an American mystery writer known for the cultural details he provided on his subjects: Hopi, Zuni and especially Navajo Tribal Police, the book club said in a statement. â€œHillerman’s work reflects his appreciation for the natural wonders of the American Southwest and his appreciation for its indigenous peoples,â€ the press release said.

His novels take place in the Four Corners district. The protagonists are Joe Leaphorn and Jim Chee of the Navajo Tribal Police. Lieutenant Leaphorn was featured in Hillerman’s first novel, “The Blessing Way,” published in 1970. His last Leaphorn-Chee novel was “The Shape Shifter,” published in 2006. Hillerman lived in Albuquerque.

Morris’s book captures the author’s early years in Oklahoma during the Depression; his near-death experience during World War II; her 60-year marriage; his family life, including six children, five of whom were adopted; his work as a journalist; his affliction with PTSD and its connection to his enchantment with Navajo spirituality; and his rise as one of America’s best-known mystery authors, the book club said.