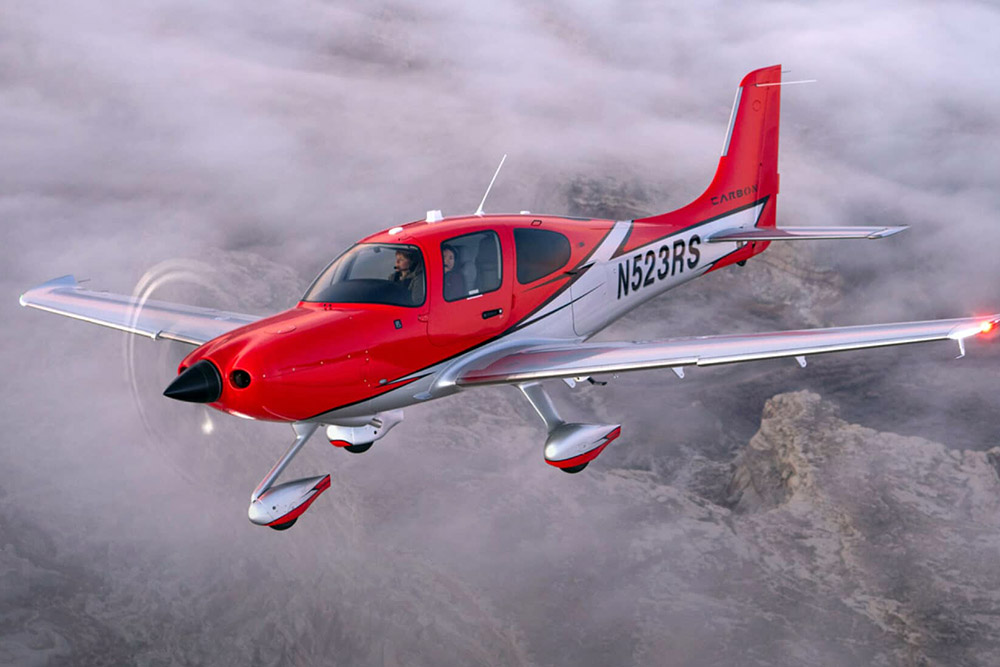 After investigating six takeoff accidents involving unintended engine power loss in the Cirrus SR22T, the National Transportation Safety Board recommends that the aircraft manufacturer perform a Functional Hazard Assessment (FHA) to resolve the issue and mitigate the risk.

According to an April 12 report by the NTSB, all six crashes were the result of excessive fuel flow in the SR22T, which caused engine failure during the climb. The accidents, which occurred between 2017 and 2019, left three dead and nine injured.

During accident investigations, the NTSB removed recoverable data monitors from the crashed aircraft and determined that in each case the aircraft indicated excessively high fuel flow, ranging from 42.2 to 50.1 gallons per hour, just before the engine loses power.

According to the Cirrus Pilot User Manual for the SR22T, the electric boost pump has two activation settings:

According to information from Cirrus, when the pump is in “Boost” mode, it can deliver 19 gph. In the “High Boost/Prime” position, the electric fuel pump can deliver 42 gph.

The NTSB report stated that in two of the crashes, the pilot improperly selected “High Boost/Prime” mode, which resulted in excessive fuel thrust to the engine. Excess fuel overloads the engine, the same way drinking a drink causes a person to choke.

A third investigation determined that an improperly adjusted grade controller and fuel pump were responsible for the loss of engine power.

In May 2018, Cirrus issued a Service Advisory (SA18-02) for the SR22T, reminding pilots that the intended use of the “High Boost/Prime” function, per the POH, is only used for starting of the engine and the removal of vapor lock in flight above 18,000 feet with warm or hot fuel.

The SA continues, “The fuel pump should be set to ‘Boost’ for takeoff, climb, landing and when changing fuel tanks, and that fuel flow should never exceed 41 gallons per hour at 36.5 inches of manifold pressure, as higher fuel flow rates can cause the engine to run rough or lose power.

Additionally, Cirrus has implemented software changes to prevent misuse of the electric boost pump on the SR22T, which includes Garmin’s Perspective or Perspective Plus avionics suite.

Pilots and aircraft owners were notified of the software change in a service bulletin on a controlled lock feature for SR22Ts in service.

The lockout feature was designed to block the use of the “High Boost/Prime” feature until the aircraft reaches a pressure altitude of 10,000 feet to prevent loss of engine power at low altitudes.

However, Cirrus has received reports from pilots that the lockout feature is not working as intended, and in January 2019 Cirrus issued Service Advisory SA19-01 stating “The use of HIGH BOOST fuel pump mode /PRIME in flight below 10,000 feet is not recommended and should be avoided. ” and “Until a software update is released to resolve this issue, the use of HIGH BOOST / PRIME fuel pump mode should only be required when flying above 18,000 ft. hot days with warm or hot fuel to maintain fuel flow in the green arc or suppress vapor formation.

FLYING contacted Garmin to comment on the issue, but our request for information was not immediately returned.

The NTSB recommends that Cirrus conduct a functional risk assessment to identify the causes, effects, and severity levels of the SR22T during the takeoff and climb phases of flight, and use this information to identify mitigation measures. such as design changes or changes in operator procedures. from the plane.

Additionally, the NTSB requests that the FAA require the implementation of appropriate mitigation measures to prevent power loss during excessive fuel flow and that the FAA review the FHA recommendations made by Cirrus.

Cirrus Aircraft issued a statement in response to the NTSB report, noting that because the investigation is active: “Cirrus Aircraft cannot comment on the details of the aircraft incidents or participate in any speculation as to the cause or explanations of the fuel flow in each case.