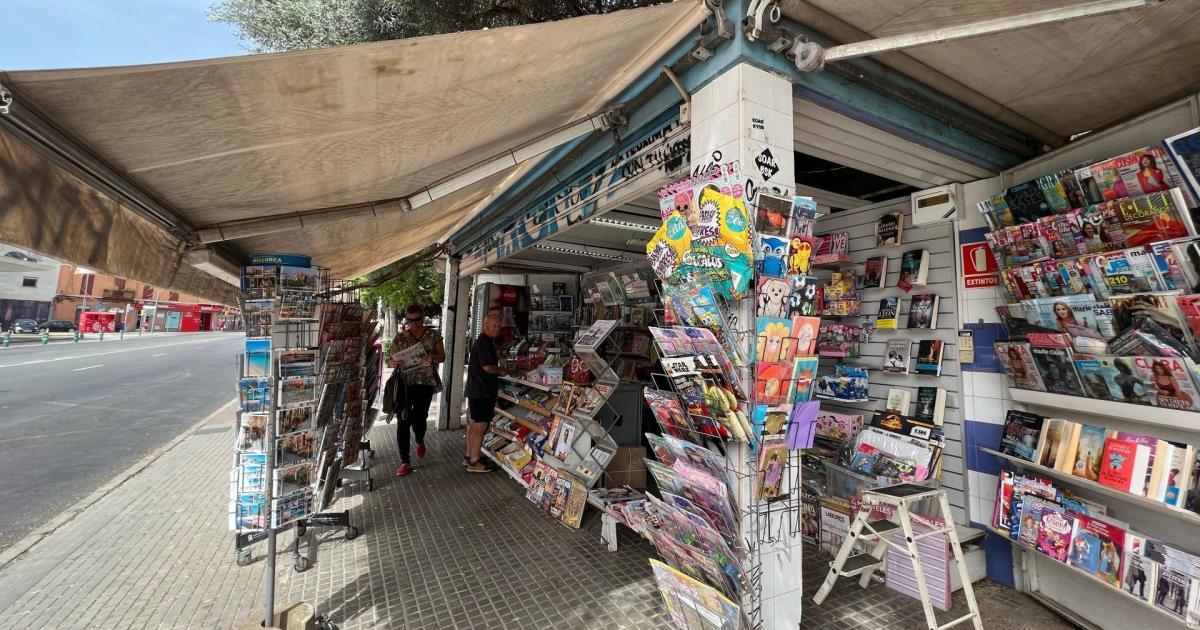 The six newsstands in Palma which are operated by a concessionaire, Nova Área, are due to close in August. The company decided not to bid to renew its concession. Indeed, the operation of newsstands has become increasingly unfeasible in financial terms; in the meantime, there is no indication that the town hall wishes to negotiate new conditions.

Nova Área says it has informed the town hall that “we will not continue the operation of the kiosks that expires in august“. The only response from the town hall, says the company, was “silence”. “We fear that due to the inaction of the town hall, we will soon have to resign ourselves to being a city without newsstands. “

The Nova Área concession dates back to 2010, when the sector suffered from a drop in sales, which makes the operation of newsstands “economically unfeasible“. The company adds that it has sought a joint solution with the town hall for their viability. “But the truth is that after multiple meetings with those responsible and the delivery of third-party reports and audits to demonstrate our situation, there is a clear inability to find a way out, unlike what was done in Madrid, Barcelona or Valencia.”