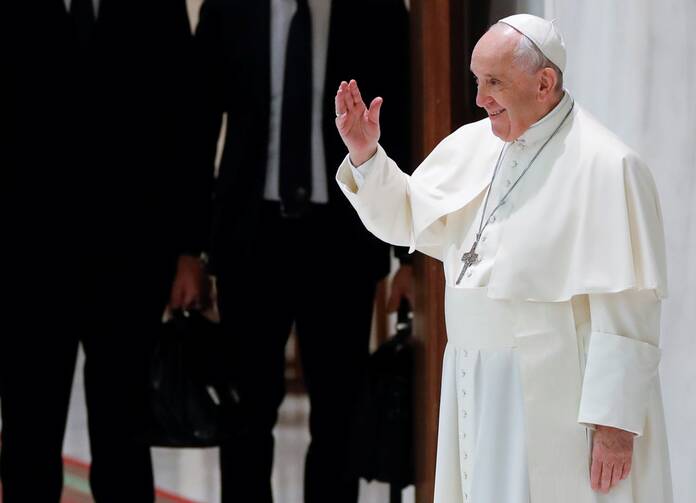 ROME (CNS) – Pope Francis, Martin Scorsese, Jane Goodall and a group of less famous ‘over 70s’ talk about love to young filmmakers in the first episode of a four-part documentary available worldwide full on Netflix on Christmas Day.

The episode “Love”, part of the series “Stories of a Generation”, premiered at the Rome Film Festival on October 21.

The documentary is based on â€œSharing the Wisdom of Timeâ€, a book in which Pope Francis called to create â€œan alliance between young and oldâ€ by sharing their stories.

Pope Francis, Martin Scorsese, Jane Goodall and a group of less famous “70s” talk about love to young filmmakers in the first episode of a four-part documentary

Published by Chicago-based Loyola Press in 2018, the book featured an introduction from Pope Francis, stories from 30 elderly people, and thoughts from a handful of young people on “What I Learned From an Elder.”

Simona Ercolani, director and producer of the Netflix series, told reporters on October 21 that she started working on the project after reading the book, then the COVID-19 pandemic struck, hitting Italy early and devastating its elderly population.

The idea of â€‹â€‹making the series “was becoming urgent because every day we had a death certificate,” she said. â€œWe spoke with Netflix, who also felt the urgency to collect the stories of people, who at that time were more fragile. They liked this idea of â€‹â€‹a dialogue between generations – filmmakers under 30 and contributors over 70. “

“The stories are extraordinary in their normalcy, because everyone, including Pope Francis, puts themselves in a relationship position (with the filmmaker) not only as a grandchild, but from human to human. “she said.

“Everyone, including Pope Francis, has put themselves in a relationship position (with the filmmaker) not just as a grandchild, but as a human being to a human being.”

Giovanni Bossetti, head of non-fiction for Netflix Italy, told reporters that the streaming service is all about sharing stories, so “in addition to the incredible access to the Holy Father” that Ercolani had, the series has gave Netflix the opportunity “to tell completely different stories that touch on themes that are central to every person’s life.

Eighteen elders from five continents and speaking four different languages â€‹â€‹appear in the four episodes of the series: Love, Dreams, Struggle and Work.

Pope Francis’ commentary on the four themes and reflections from his own life appear in each episode.

Although the series is not at all “didactic,” Bossetti said, the elders share important universal values â€‹â€‹with the young filmmakers and the audience.

â€œThe stars are the people the Pope likes to call ‘the saints next door’,â€ he said. “These are normal people who are the heroes of everyday life.”.

Father Spadaro told reporters that Pope Francis had agreed to take part in the series on the condition that he was not “the star” of the project but that he simply entered the conversation like the other former interviewees, “speaking of himself and his personal experiences. “

â€œThe stars are the people the Pope likes to call ‘the saints next door’,â€ he said. “These are normal people who are the heroes of everyday life.”

“What is love?” Father Spadaro asked Pope Francis. That, the Pope replied at first, would be like asking, “What is air?”

That, the Pope replied at first, would be like asking, “What is air?”

â€œYou can say that love is a feeling,â€ or a series of electrical impulses or something that looks like magnetic fields coming together, he said. But one thing is certain: â€œFree is the key. Love is free or it is not love.

Tango, his grandmother Rosa, helping others and the importance of dreaming for a better world are all touched on in the papal conversation.

Speaking via Zoom, Jane Goodall, primatologist and anthropologist, told reporters at the Rome press conference that the film, like its Roots & Shoots program for young people, can bring much needed hope by bringing elders together. and young people.

â€œBringing the wisdom of the elders to the passion of the young is what it will take to change the world,â€ said Goodall.