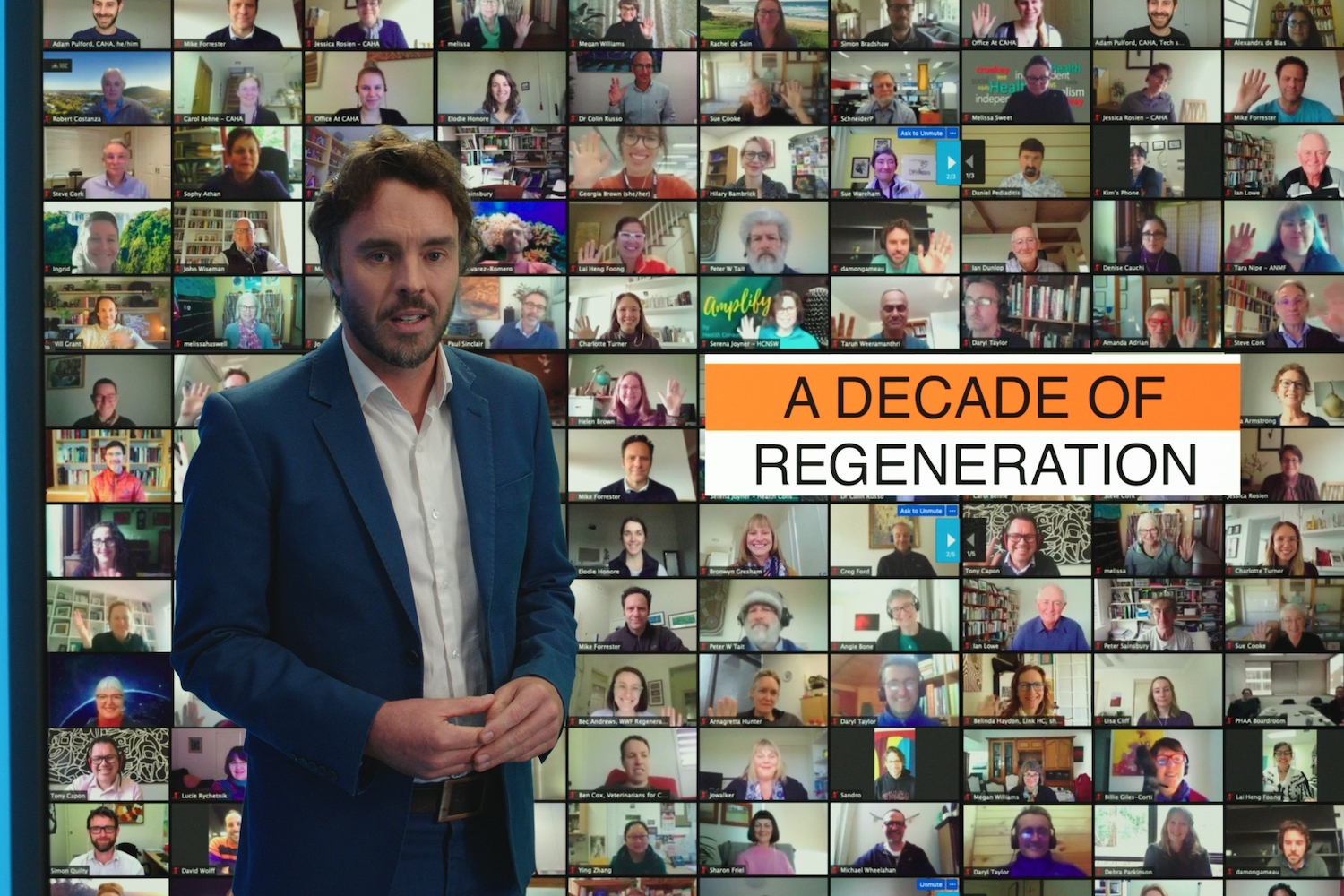 Given the impact of extreme weather events and the coronavirus pandemic over the past two years, Australians could be forgiven for having a gut feeling about what the country might face at the end of the decade.

It’s a perception that filmmaker Damon Gameau hopes to challenge through his short documentary. Regenerate Australiawhich is in the middle of a national tour after premiering in Sydney last Friday.

Set on New Year’s Eve in December 2029, the film takes the form of a newscast that looks back on a period in which Australia transitioned to a cleaner, more community-driven economy.

A mix of media personalities and industry experts deliver stories on a high-speed rail network linking regions and cities; the environmental and social effects of large-scale wind, solar, battery and hydrogen projects; and the impacts of landscapes coming to life when regenerative agriculture and reforestation programs combine with indigenous knowledge and fire ecology.

The findings presented in the project are based on a four-month interview process, during which a broad cross-section of the public was asked to share their hopes and dreams for the country’s future.

Gameau told IF that while the vision was “absolutely possible”, reliance on fossil fuel exports and a concentrated media landscape were the main obstacles to achieving it.

“We actually don’t make a lot of money from a lot of things in this country – there’s tourism, of course; an education that brings in foreign students; and then the fossil fuel industry is one of our biggest along with the export of coal,” he said.

“We also have one of the five most concentrated media landscapes in the world.

“Rupert Murdoch owns around 70% of the newspapers read daily in the country, but there are other mainstream channels whose owners are also linked to the extractive industries.

“They are reluctant to talk about these things because it affects their bottom line.”

Gameau has already explored future solutions to present issues in the 2019 documentary 2040which envisioned what would happen if Australia took the best solutions already available to better the planet and brought them into the mainstream.

The accompanying impact campaign has enabled one million students to learn the 2040 educational materials and nearly $2 million raised for climate solutions through direct public action.

For its new project, Gameau is hosting a nationwide tour of free special event cinema screenings, complete with design workshops, toolkits and learning resources that will then be rolled out for communities to develop and implement. local projects.

WWF Australia has also set up an Innovate to Regenerate funding challenge to help communities bring to life a solution they see in the film.

Selected projects will have access to subject matter experts, the $2 million “solutions fund” and impact investors who seek to develop projects that deliver social, environmental and economic benefits to communities across the world. ‘Australia.

Gameau hoped the film would motivate people to get involved.

“I think a lot of people right now don’t understand that there is an alternative option because all they’ve heard is the things they have to sacrifice and give up, but they don’t know the gains that could come from giving up these things. things,” he said.

“If you’re at school or in your office and you have an idea, you can apply for this $2 million fund to start making it happen, but also to meet other people who are interested in this genre. stuff and roll up their sleeves and come in. Done.

“Like with 2040we just want to keep building this community of like-minded people because if we get bigger and bigger in that direction, then we can implement bigger changes.

Find out how to organize a screening of the film here.

25 years at the newspaper, and still living the dream – Daily Bulletin