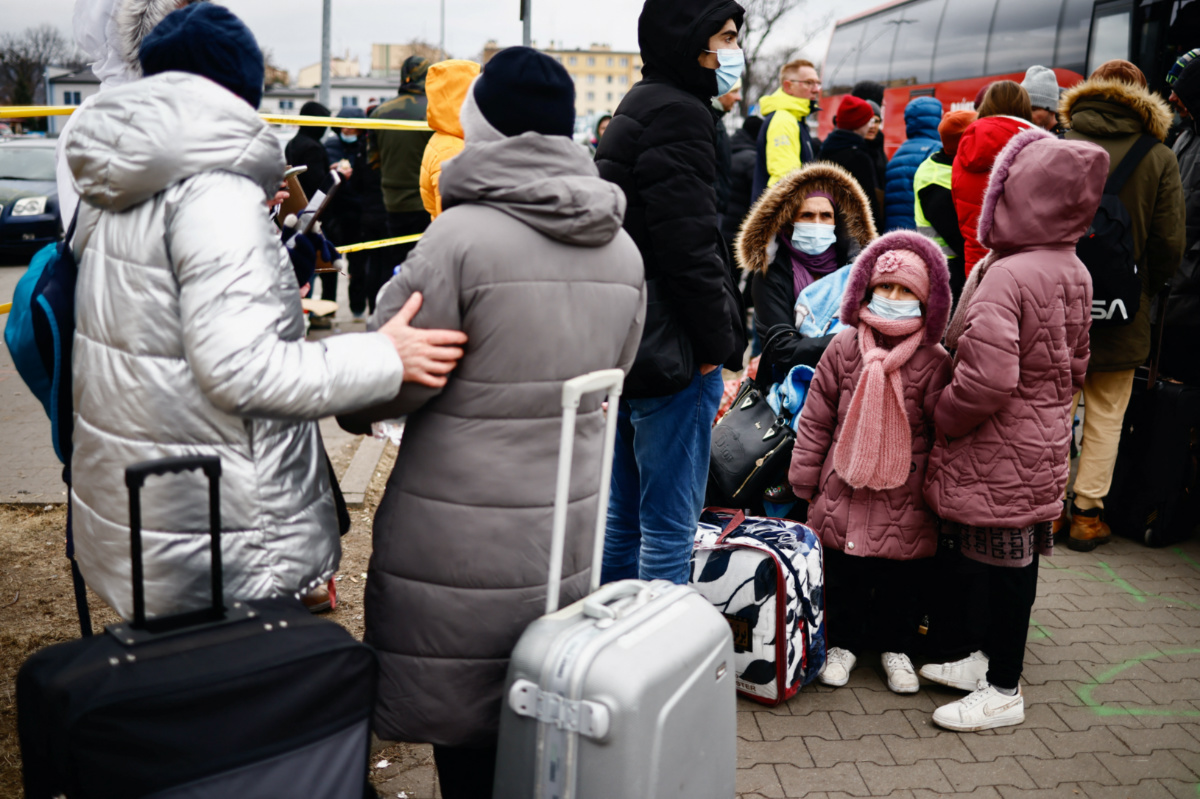 To be completely honest, I tried to keep the Ukrainian crisis at bay. I couldn’t cope with the endless newsletters, breaking news, political commentary and overflowing Twitter feed!

It’s not because I don’t care. Rather the opposite. It’s because I care too much.

Faces of those caught up in the Ukrainian conflict: People who fled Ukraine stand in a temporary camp in Przemysl, Poland, February 28. PHOTO: Reuters/Yara Nardi.

Really, it’s because I went into self-protection mode. Too many things are happening:

• Twelve months ago we saw the conflict in Myanmar and I still support Burmese friends who care deeply about their nation, even when the stories have disappeared from the evening news;

“[O]Since I began to see this broken world through the prism of God’s call for justice, I can no longer be a spectator.”

• Six months ago, we were shocked by the images of the conflict in Afghanistan. I have spent many hours supporting my Afghan refugee friend here in Australia as he still awaits a path to permanent residency eight years after his arrival;

• Last week a friend died after a long illness;

• COVID continues to decimate some of our closest neighbors like Papua New Guinea; and,

• The eruption of the Tonga volcano and the Queensland floods remind us again that nature can be cruel.

My heart is heavy and overwhelmed. Honestly, I don’t have room for another disaster.

I resonate with the prophet Habakkuk when he says: “How long, Lord, must I call for help? But you are not listening! ‘Violence is everywhere!’ I cry but you don’t come to save Do I always have to see these evil deeds Why do I have to watch all this misery Everywhere I look I see destruction and violence I am surrounded by people who love to disputing and fighting (Habakuk 1:2-3/NLT).

So I tried to keep “destruction and violence” at bay. That is, until I spoke to Anya* last Saturday morning at our neighborhood pop-up cafe. Anya herself is a refugee from World War II and the Cold War. She is elderly, Ukrainian and can be hard to understand at the best of times.

Through her thick accent and shaky voice, she told me that just two days ago a Russian bomb had killed a number of her family members in Ukraine.

And that was it. Everything fell apart for me. I could no longer hold him at arm’s length. This invasion was no longer a theory. It was personal. He had a name, a face and a story. I now had skin in the game.

It made me realize that once I start seeing this broken world through the lens of God’s call for justice, I can no longer be a spectator.

Tim Keller finishes his book, Generous Justicesaying: “A life dedicated to doing justice to the poor is the inevitable sign of all true evangelical faith.

And so I have hope. This overwhelming inner groan that I feel is God’s deep compassion for his people. I can align with it and trust that God will make room in my soul and emotions to carry it.

Justice East staff. This calls for a personal response.

So I take a deep breath, trust God’s goodness again, and look for ways to act with generosity and kindness, even if it’s just sharing a cup of coffee with a friend.

*For privacy reasons, Anya’s name has been changed for this story.

Reasons why people use payday loans