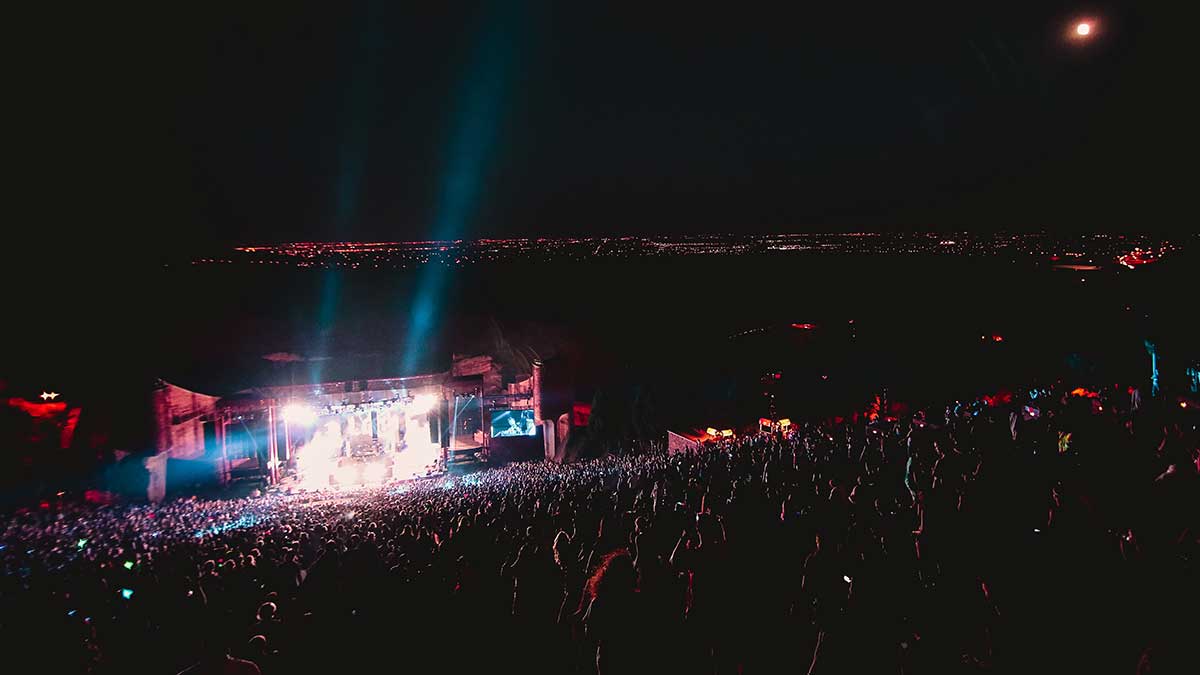 As the entertainment world continues to recover from the crater of the COVID-19 pandemic, this year’s slate of summer shows in the Centennial State looks exceptional. Here’s our annual Hot Summer Planner – get your tix ASAP because most, if not all, will likely sell out!

An unofficial stateswoman of the neo-soul movement that exploded in the early 1990s, Erykah Badu’s seamless blend of jazz, hip hop and ’70s soul continues to demonstrate why her relevance is unwavering. June 7 • Red Rocks • 7 p.m. • $66.50+ RedRocksOnline.com

Returning to Boulder after the pandemic hiatus, the Boulder Comedy Festival offers four days of dazzling performances from some of the greatest comics you may not have heard of yet, including Shanel Hughes, Leslie Liao, BK Sharad, Ali Kareem, Arlis Gold, Ricky Ramos, Wes Williams, Lee Robinson and dozens more. June 23-26 • various locations, times and ticket prices • BoulderComedyFestival.com

Five-time Grammy Award winner Keb Mo’ has firmly carved a place for himself in the annals of American music history, blending his Delta Blue genius with folk, rock, jazz and country to create a seminal sound that left an indelible mark on audiences around the world. . June 27 • Chautauqua Auditorium • 7:30 p.m. • $47+ • Chautauqua.com

If the Big Easy sound is your jam, you won’t find a better show than this all summer long. Trombone Shorty and his Orleans Avenue supergroup may be the headliners, but with support from genius Tank and the Bangas and the rest of this bill, you’ll want to get there early to catch every act. Trust us on this one. June 28 • Red Rocks • 5:30 p.m. • $46.75+ • RedRocksOnline.com

Although Tool doesn’t have anything on the calendar for Denver this year yet (and probably won’t), you can still get your dose of Maynard James Keenan’s genius with his post-industrial electronic rock side project, Puscifer, touring the best indoor venue in Colorado this summer. July 6 • 7 p.m. • Mission Ballroom • $60+ • MissionBallroom.com

Digging deep into a soulful Memphis sound, Cat Power (aka Chan Marshall) is enjoying a renaissance that should excite all fans of the singer-songwriter, who brings his considerable chops and distinguished stage presence to the Ogden Theater in Denver this summer. July 25 • 7 p.m. • Ogden Theater • $35 + • OgdenTheatre.com

Arguably the best of Colorado’s string bands these days, Head for the Hills take another leap forward when they add their 3-piece trumpet, saxophone and trombone section. These guys transcend the “Mumford” genre with pop hooks, funky lines and absolutely dazzling virtuosity. August 5 • 6 p.m. • Levitt Pavilion at Ruby Hill in Denver • Free • LevittDenver.org

It’s a hugely ambitious undertaking to tackle the Oingo Boingo catalog, which is why there are only three such tributes in the country, one of which features former members of the original band. Danny Elfman’s songwriting genius comes to life with Denver-based Reptiles and Samurai, who are joined by fantastic RHCP tribute band Chili Powder for this one. August 20 • 7 p.m. • Oriental Theater • $20+ • TheOrientalTheater.com

As difficult as it may seem, the Gipsy Kings are in their fourth decade of producing some of the greatest sounds of Rumba Flamenca the world has ever heard, thanks to an incredible catalog, brilliant arrangements and unparalleled musicality. August 31 • 6:30 p.m. • Chautauqua Auditorium • $57.50 + • Chautauqua.com

The Violin Art of Verses – The Tryon Daily Bulletin