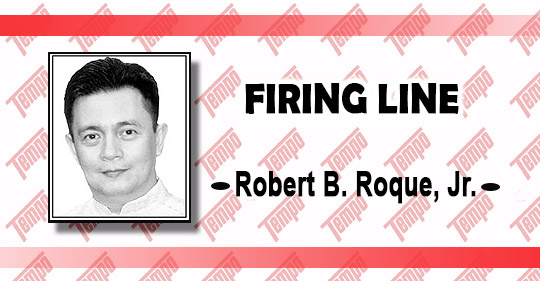 Forty years old today and still going strong, Tempo hasn’t reached that milestone anniversary on an easy-to-ride bike.
Even before the pandemic shocked the world, the challenge of keeping up with new-age media amid dwindling print advertising has uniformly plagued small-format newspapers since the turn of the millennium.

Newsstands would be hard to find these days, so it’s hard to illustrate how tabloids hit their sheet sales in the ’80s and ’90s. Back then, copies of Tempo were outselling the competition.
Now, most of those we considered competitors have retreated or, where appropriate, moved completely to digital platforms. Thus, reaching 40 is definitely a guarantee of success in itself.
The formula for that success hasn’t changed in four decades, and I’m talking about the credibility of the information produced by the newspaper and the integrity of the people who work hard to deliver it.

It’s been exactly 10 years since I left the editor-in-chief of Tempo. It was a position I had inherited from Augusto P. Sta. Ana, one of the tough pillars of old-school journalism; and for that I am grateful to this day.

It was under his direction that I had my best days as a journalist, then as a detective columnist until I got my place on the editorial staff right next to him. Like publishers of his age and courage, he worked every day; he did it on holidays, sick days and the days he probably knew were the last.
I am deeply happy that now this chair is occupied by the journalist I had promoted to the Bureau. Emily Bugarin has always distinguished herself as one of the best reporters of her time. She continues to bring a great sense of pride to Tempo, having led it through the difficult times of the pandemic.
When I took over the Kingdom of Tempo, a second-floor corner of the Manila Bulletin building in Intramuros, I learned that taking on such a big responsibility wasn’t much fun. But it was a worthwhile challenge that allowed me to come full circle in the one journal I truly loved.

Frankly, there was nothing left to be desired after my days at Tempo. Fulfillment was exactly the gift he gave me on my last day at work on July 12, 2012, Tempo’s 30th anniversary and the day after I turned 50.

Still, I never had the heart to quit with Tempo completely, so I continued to write my weekly Firing Line column. To this day, I’m proud to have lived my life as a journalist in a tabloid that many have called a “mini-broadsheet.” It’s a deep complement to Tempo’s dedication to delivering only relevant news and avoiding smut.

When I look back, I realize that what has sustained Tempo as a force in media for 40 years today is the people who call the paper home and their co-workers family. In my heart, I keep them all in my best memories.