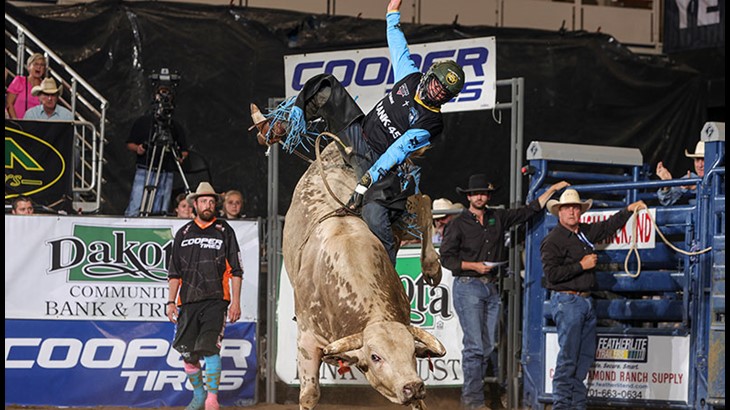 Tryon PBR Chute Out will feature a new team, the Carolina Cowboys

This weekend, June 24-25, the Tryon International Equestrian Center will host the PBR (Professional Bull Riders) Team Series. The Tryon PBR Chute Out will be the final pre-season event for the fledgling Western sports competition, featuring eight teams made up of the sport’s best bull riders. It will be held at Tryon International Stadium and begins at 8:00 p.m. ET on Friday and 7:00 p.m. ET on Saturday.

The PBR Team Series regular season begins in July. Still, the idea of ​​a team-based bull league has been in the works for over a decade, announced in January with the naming of the eight founding teams, including the Carolina Cowboys, which are owned by by Richard Childress Racing.

The Bulletin spoke with PBR Senior Vice President Chad Blankenship about what made Tryon an attractive location as an event host.

“Last year’s event at Tryon was a very successful Velocity tour at the Tryon International Equestrian Center. The passion and atmosphere of the fans was electric. We quickly put together a very entertaining event in a unique setting that falls at the perfect place on the calendar to be incorporated into the PBR Team Series program. Additionally, our partners at the Tryon International Equestrian Center enjoy the event, believe in the PBR teams, and appreciate the opportunity to showcase their magnificent facility on an even bigger platform, especially with the event presented live on RidePass on Pluto TV.

Blankenship was optimistic about the future of the series. “Sky is the limit. As we tested our trial events with a team format, it proved to be incredibly engaging and fun for fans and riders alike. Sponsors love the team format. We’ve assembled a compelling collection of team owners and operators and we feel great about starting with eight teams and eleven events (10 regular season events before the playoffs/championship). We’re also looking at whether to nurture local fandom. For the first time, fans are interested not only in their favorite driver, but in their entire hometown team. This is unique to Western Sports and bull riding, and we want to take this opportunity to get fans excited about flying their home team flag.

There will be four matches each night and each match will feature two teams of five runners each competing for the highest overall score. On Friday, June 24, the Cowboys will face Oklahoma Freedom with Eli Vastbinder of Statesville, North Carolina. On Saturday, June 25, they will take on the Nashville Stampede powered by world No. 2 ranked runner Kaique Pacheco. The event will be streamed live on RidePass on Pluto TV.