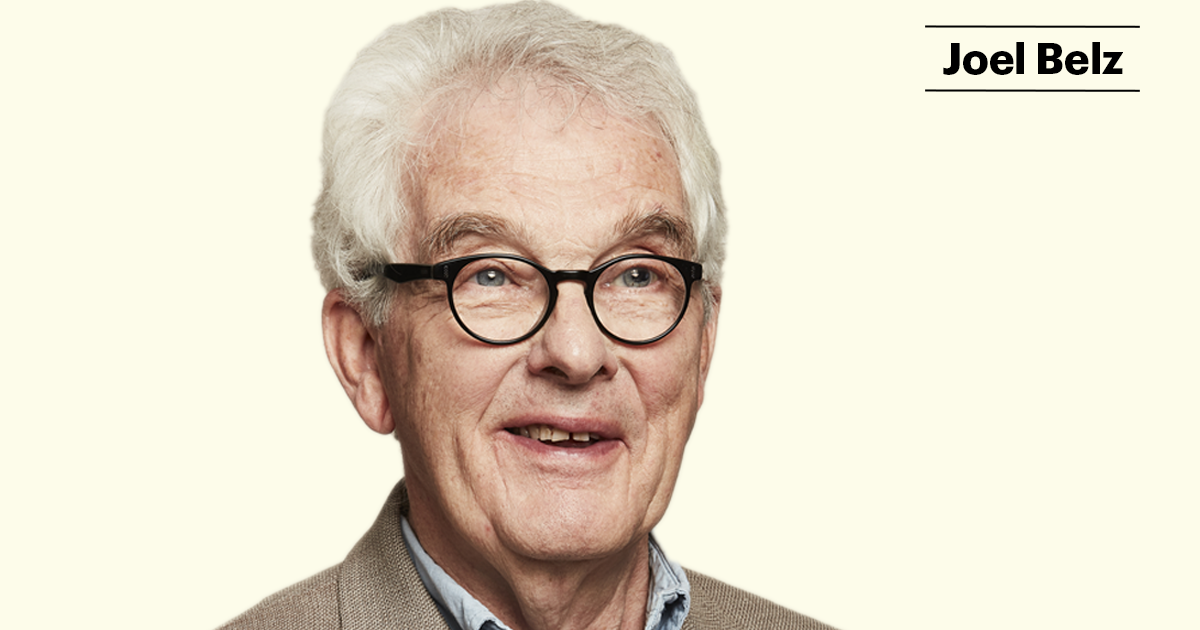 The Roots of a Christian Magazine

If I’ve heard the question just once, I’ve probably heard it a hundred times: “What made you think of the WORLD in the first place?”

It’s like people imagine a time and a place where God tapped me on the shoulder and said, “Joel, when I look at how news journalism is done today, both in America and around the world, I see a great void. This is how I want you to fill it.

Indeed, God could have done something like that. Such specificity would have been quite handy on the winding path of WORLD’s 36-year history. This would have helped us solve issues such as staff selection, publication frequency (see CEO Kevin Martin’s column in our May 7 issue), print quality, use of photography, determining the cost to the client, the role of the board of directors, the expansion into digital publishing, etc.

But he did not do it. God never handed me a business start-up plan or an instruction manual. No dazzling cloud formations or planes writing in the sky. Instead, God usually has less sensational tools to teach us.

I think God may have started planting the seed of a Christian news magazine long ago when my father sat me down – perhaps with my four brothers and three sisters – to introduce us to the wonders of a Kelsey 3×5 printing press and the peculiarities of the California working case. Somehow, things clicked. I’ve seen people pay attention to the printed page – and perhaps especially when they can witness the printing process of that page firsthand. The Kelsey 3×5 press quickly gave way to a 5×8 companion, which was replaced within a year by a Gordon 8×10.

The ink, you see, got into our blood. We didn’t want to go from tiny business cards to church bulletins and then from school newsletters to university yearbooks. Specifically, we never intended to be involved in creating and enhancing the editorial content of the dozens of prints we helped produce.

But it’s quite difficult, we discovered, to be so totally involved in the technical side of things and not develop an interest in the ideas being expressed. I still remember arguing with my dad about how unlikely a country printing company in Iowa would be trusted to handle some of the ideological tensions that arose from time to time between three of our biggest customers. At that time, we were doing major monthly mailings for Far Eastern Gospel Crusade, for the Tokyo Bible Center (with its somewhat feisty leader, Timothy Pietsch), and for the Christian Anti-Communism Crusade (with Australian physician and activist Dr. Fred Schwarz).

All were known as top organizations. Even so, we managed to operate close and do our job.

In all the turmoil of such a culture, I still remember a walk-in visit from a homeless guy who wanted us to print him some letterhead. From the beginning, Dad had established a ground rule intended to prevent us from competing with other local printers. The rule was simple: everything we printed had to include a brief portion of Scripture. But when we talked to this man about politics, he was perplexed.

“I don’t know any Bible verses,” he said. So we handed him a Bible, and he sat there for almost an hour, flipping through its pages. Finally, he scribbled a note and handed it to me. I have never forgotten his choice: “And the Lord blessed the last days of Job more than his beginning” (Job 42:12).

I still find reason to believe that this was not altogether bad preparation for launching a Christian news magazine.