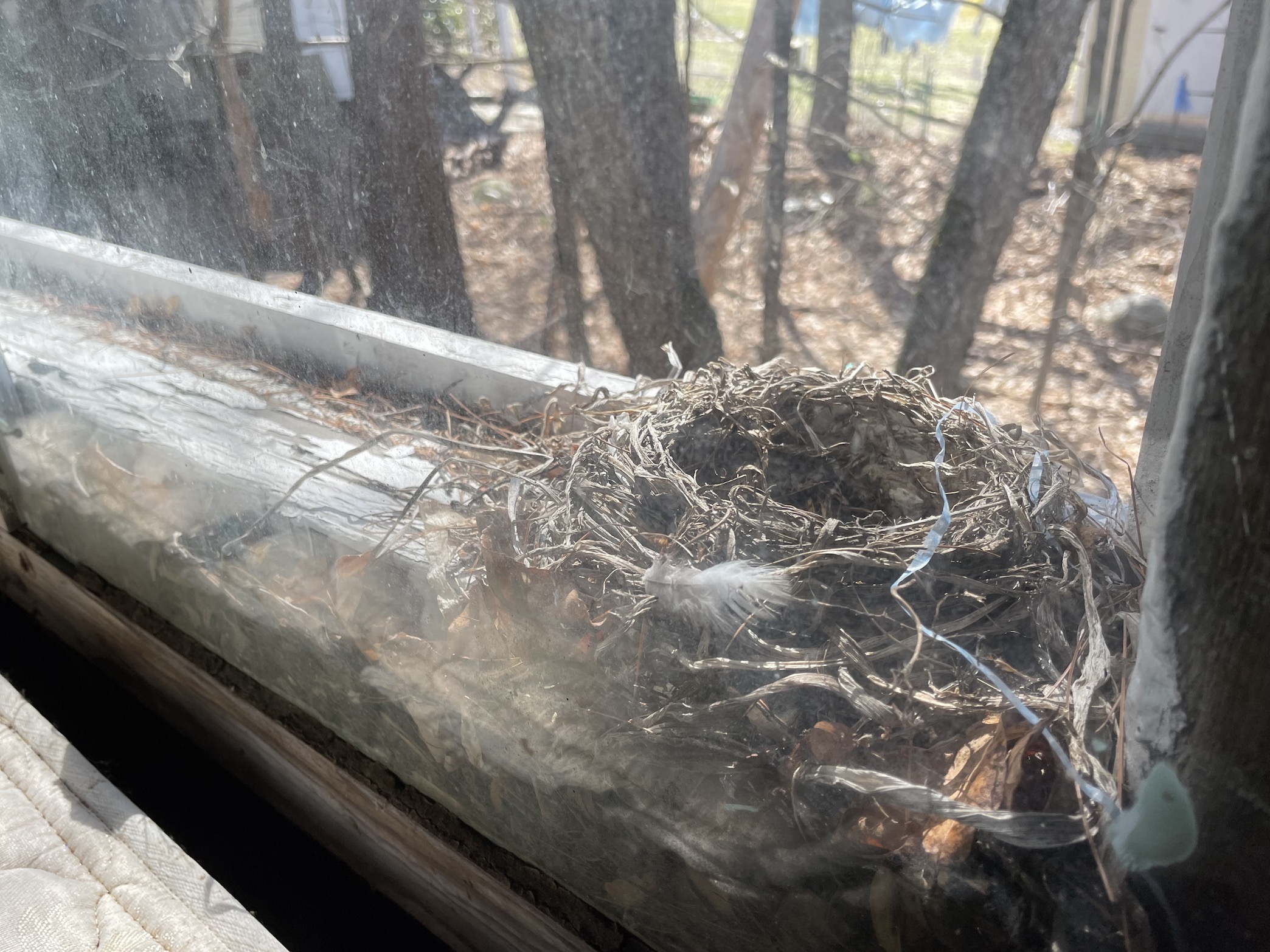 The Shape of Things in April – New Hampshire Bulletin

Just like Lake Winnipesaukee is frozen over, my family’s little piece of land has a mound: spring isn’t really spring until the compacted snow bank in front of the barn is finally overrun with snow mud. April. Winter, I predict, will finally succumb to its fate in our dirt driveway mid-Saturday morning.

April demands from the owner a review and evaluation of the toll of the winter – a mental cataloging of the victims of the woods and the land travels. Oak branches and broken pine branches are picked up and placed on the compost heap; run-off scars meandering down the river are traced and smoothed by Booteels. If there’s a tragedy on the green, it’s the trio of lifeless hydrangeas at the edge of the workshop’s north face. They were planted last spring – three pops of blue on a yellowish beige – but they started to fade before the first breath of autumn. I’m no botanist, but I don’t see their return blooming even in this season of boundless hope.

By the river, a fragile peace built on a policy of containment appears more fragile than ever this year. The poison ivy between lawn and bank does not hide its desire to expand and now threatens to close access to the thinking rock and to the water itself. My attempt at a respectful demarcation of the river failed in 21; in fact, repeated applications of diluted white vinegar, dish soap, and salt seem to have made things worse.

However, it is the lesser of two evils. A thick line of Japanese knotweed running perpendicular to the grove of poison ivy won’t stop until our little lawn becomes a thicket. Although you can rub against a knotweed leaf without fear of developing a rash, there is no stopping the invasive plant’s advance. And pity the one who goes into battle armed with a sickle because Japanese knotweed has a super power: rapid multiplication after hasty withdrawal. And so my summer approach to the problem is practical and not unpleasant – I set up the hammock between the river and the tangle of knotweed and imagine that I am taking a nap at the edge of a large jungle.

Self-delusion is the greatest tool of the incompetent landscaper.

During the first week of the calendar spring, what looked like several dozen birds took up residence very close to the wooden wall of the family room. (Some mornings, and I say this without exaggeration, it looked like they actually lived inside the walls.) Also, the birds were making sounds – exotic sounds – that I had never heard despite 50 years of Listening to the Northern New England Soundtrack. I was just beginning to appreciate the auditory component of our emerging jungle theme when the birds fell silent. After a quiet day or two, I walked out to where I assumed they were on vacation, but found no evidence of anything: no nest at the junction of the house and the barn, no fallen feathers, no guano.

In those early days of spring, just before dawn on a sleepless morning, they raised such a ruckus that I half-expected an official knock on the door resulting from a noise complaint from a neighbor . The birds were inconsiderate boarders – but I’d be lying if I said I didn’t miss them.

When I was a kid, there were certain landmarks and objects around our property that shaped my play days. tired could set up camp. Up the hill was a forbidden, treasure-strewn path that was almost certainly a secret passage to a lost world. I haven’t seen any rocks, groves or trails as adults so they thankfully remain pretty much as they were in the boy’s imagination.

I don’t attach particular importance to a lot of things in the yard these days, and I have ceased all marauding. Now I mainly see chores and potential issues during the April review and assessment. But there is one element of the landscape that I keep an eye on for reasons I can’t quite explain. In the attic of the barn, there is a foggy old window overlooking the neighbor’s yard. On the other side of the glass, resting on the outer rim, is just about the most beautifully designed and constructed nest I’ve seen.

As far as I know it is vacant – perhaps out of respect – but I still hope it will be a home again this season or next. For now, it’s enough that she and I made it to another spring.