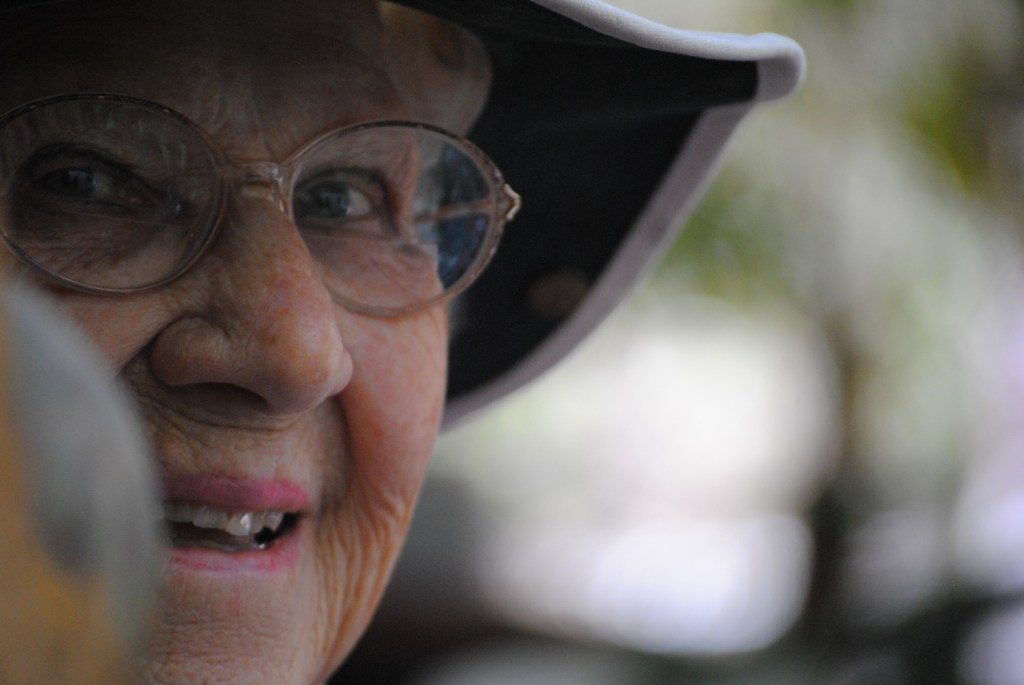 This week’s obituary for Eleanor Meek chronicles the 98-year-old’s life and includes a line that stopped me in my tracks.

“She read the Inland Valley Daily Bulletin every day,” the obituary reads, “and her favorite reporter was David Allen.”

I might never have known this had it not been for an attentive reader of our obituary section, who emailed me to draw my attention to it. Thanks to Beryl Williams from Corona.

Through Draper Mortuary, I asked to be put in touch with a family member. I wanted to express my condolences and also ask how his interest in my work was deemed important enough to be included in his life story. His son, William, answered me right away.

Have his mother and I ever met? Has she ever communicated with me?

“I don’t think so,” William told me over the phone from his mother’s home in San Antonio Heights, which he hosts. “She just liked your column, especially talking about the times spent in the Pomona Valley area.”

Eleanor and her late husband, Bill, moved to Claremont in the mid-1940s and later lived in Montclair before buying a house above Upland in 1965 on an acre of land.

“In 1965, it was the only remote house. Now it’s surrounded by houses, modern houses,” Denny, William’s wife and Eleanor’s daughter-in-law, told me. And this acre still has lemon trees.

In her 80s, after Bill’s death in 2000, Eleanor used to move the pipes herself to water the trees, before her gardener set up an irrigation system that she could operate at the push of a button.

“We eat fruit from them while we’re here,” Denny added.

Eleanor Romine was born July 2, 1923 on a farm in West Virginia, walked the hills, was educated, and earned a teaching degree. His family moved to Los Angeles in the 1940s, as so many did.

She and Bill met at a dance class, which seems pretty perfect. They married in 1944 in Lynwood and headed east, possibly to get away from the city, her son theorized.

Bill worked many years at MK Smith Chevrolet in Chino and Eleanor, after their two children were in school, obtained a teaching certificate from the University of La Verne. For two decades, she taught elementary school in Chino: fifth grade, then second, ending in kindergarten.

“I played a joke on him, ‘you’re going backwards!'” William joked.

Eleanor and Bill loved square dancing and rockhounding, bringing back opals and opalized rocks, Denny said. They prospected for gold and owned a claim near Darwin. She’s been rooting for West Virginia University sports teams, confirming dates, times and channels for game broadcasts with her son.

Although she wanted her teams to win, she was too polite to want a blowout. A simple victory was enough. “A tight game,” she said, “is exciting.”

She also enjoyed putting puzzles together and solving word puzzles, including newspaper. The completed puzzles are stacked in his house. Denny uses pages to wrap items for protection and as a keepsake of Eleanor’s passion.

Keeping up to date with Upland news was important to her. Current events in the highlands can be so tumultuous that close attention can be detrimental to health. But since she lived to be 98, she had to take good care of it.

William and Denny, who live in Arizona, also grew to care about Upland.

“She was mentally strong. I knew I better review Upland events before our visit,” said Denny, amused. “So I started reading the Daily Bulletin.”

As a longtime resident, Eleanor also enjoyed stories of times past, of the places she shopped, the restaurants the family frequented.

“Every week or every two weeks, said William, she would tell us about one of your columns that she had read. My wife and I were looking for this on the internet.

Eleanor died on January 30. When it came time to write an obituary, mentioning the newspaper, and me, made perfect sense to describe her interests and habits, according to her son.

“She said many times that you were her favorite and that she liked your folksy style of writing,” William said.

Denny said: “She said she liked your columns because it felt like you were writing to a friend of yours.”

This comment somehow encapsulates the invisible link between newspaper columnists and readers. I take it as a great honor to do an obituary (this did not concern me). How could I not?

It would be a bit trivial to say that I’m sorry that Eleanor Meek and I never met. I can’t meet everyone, after all. If she had wanted to write to me, she could have.

Still, it’s a shame she can’t unpack her diary this morning and read about herself. Maybe she got a kick out of it.

Riverside’s Royal Interpack North America was the subject of a recent New York Times article about the impact of rising oil prices on the company, a maker of plastic fruit packaging. The Times described the Inland Empire’s largest municipality as “a sprawling city nestled in the desert east of Los Angeles.” Accurate, I suppose, although 81 square miles and 336,478 people requires a lot of storage.

Sight Magazine – Sight Helpdesk: Older Americans have a poor idea of ​​online safety – here’s how to help them help themselves